Vector Maps of the Palermo : capital of the Italian island of Sicily. The 12th-century Palermo Cathedral houses royal tombs, while the huge neoclassical Teatro Massimo is known for opera performances. Also in the center are the Palazzo dei Normanni, a royal palace started in the 9th century, and the Cappella Palatina, with Byzantine mosaics. Busy markets include the central Ballarò street market and the Vucciria, near the port.
Area: 158.9 km²
Download royalty free, editable vector maps of Palermo Sicily Italy in high resolution digital PDF and Adobe Illustrator format. 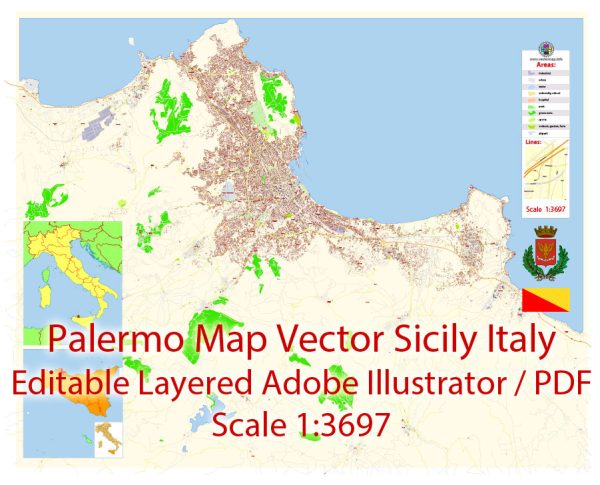 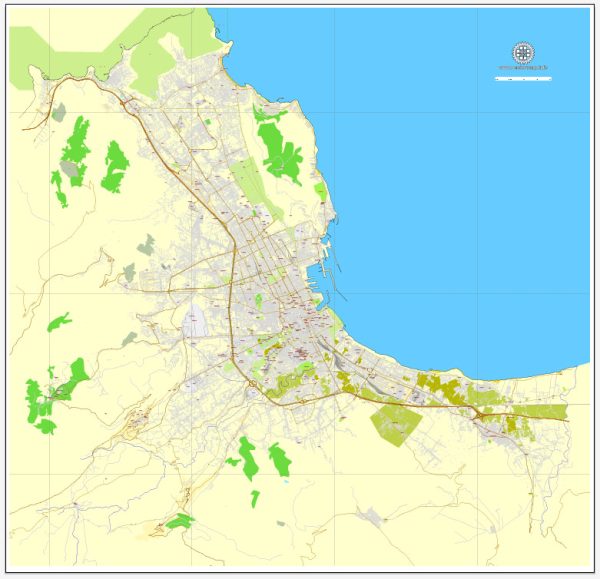