Vector Maps of the Valencia : port city lies on Spain’s southeastern coast, where the Turia River meets the Mediterranean Sea. It’s known for its City of Arts and Sciences, with futuristic structures including a planetarium, an oceanarium and an interactive museum. Valencia also has several beaches, including some within nearby Albufera Park, a wetlands reserve with a lake and walking trails.
Area: 134.6 km²
Download royalty free, editable vector maps of Valencia Spain in high resolution digital PDF and Adobe Illustrator format. 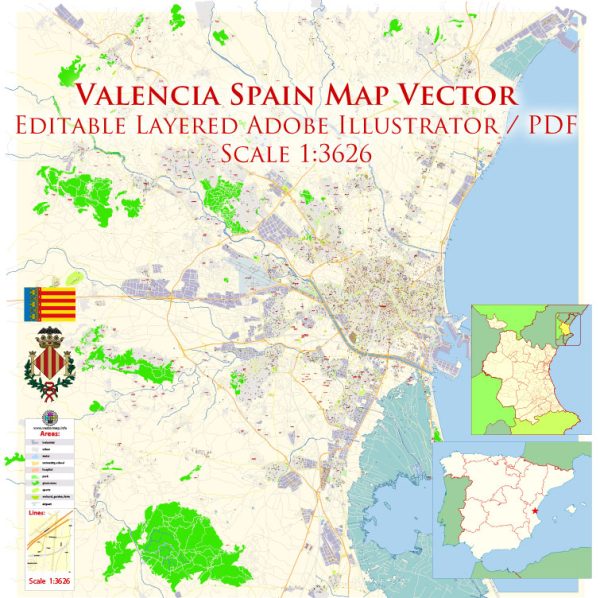 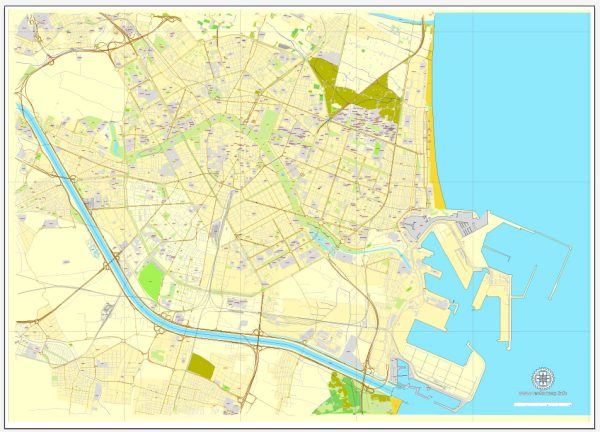