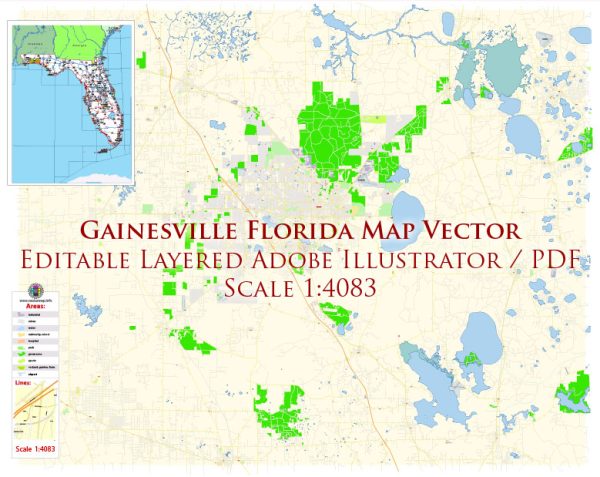 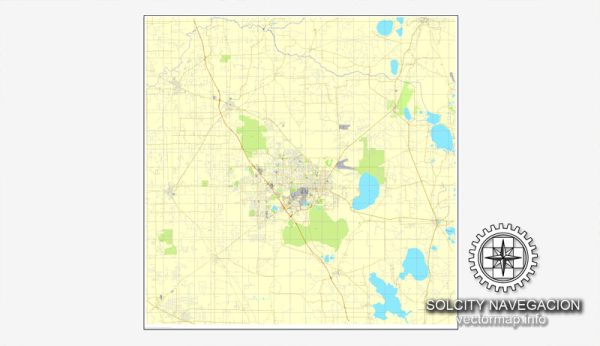 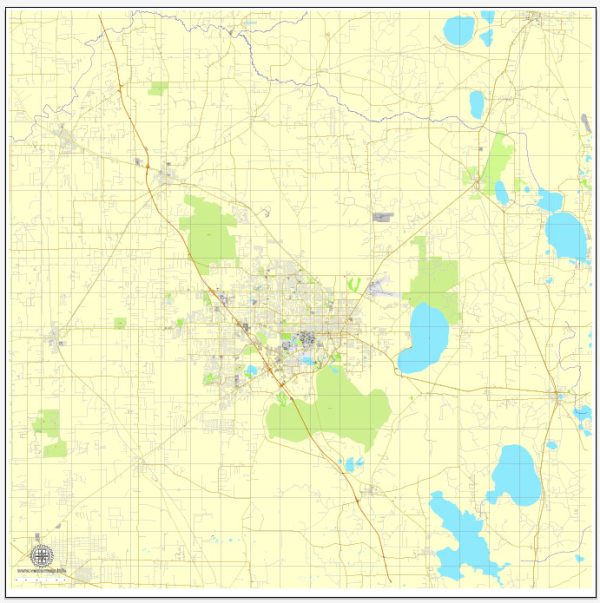 Vector Maps of the Gainesville : city, seat (1853) of Alachua county, north-central Florida, U.S., about 70 miles (115 km) southwest of Jacksonville. The Spanish explorer Hernando de Soto marched through the area in 1539, and settlement eventually developed around a trading post known as Hog Town (established 1830). In 1853 the city was laid out as the county seat and named for General Edmund Pendleton Gaines, a commander during the War of 1812. Gainesville was the site of some minor battles (1864) of the American Civil War and was temporarily occupied by Union forces. After the war, citrus and cotton growing and phosphate mining became important in the area, but these activities had ceased by the end of World War I.
The University of Florida (1905) has played a major role in the city’s growth, and it remains the primary factor in the economy. Tourism and services (notably health care) are also important. The area still has some agriculture, including corn (maize), tobacco, and peanuts (groundnuts).
Area:
• City: 64.54 sq mi (167.15 km2)
• Land: 63.36 sq mi (164.11 km2)
• Water: 1.17 sq mi (3.04 km2) 1.74%

All of our editable Gainesville Florida vector maps are digital files,
which can be instantly downloaded in editable PDF or Adobe Illustrator format.
Objects on maps are usually divided into layers according to their types – lines, polygons, street names, object names (see map description!!!!)
Each of our Gainesville Florida digital maps is available in Adobe Illustrator or editable PDF format, (or on request in any other known format for the same price)
which use a vector approach to display images,
you can easily enlarge any part of our maps without compromising text, line or graphic quality,
with any increase or decrease ratio.
Using a vector graphics editor such as Adobe Illustrator, CorelDraw, Inkscape, or Freehand
you can easily crop parts of the map, add custom characters, and change colors and font attributes as needed.
We have a variety of Gainesville Florida vector maps with different levels of detail, from simple empty paths to highly detailed maps with roads and terrain layers.

Don’t see exactly what you’re looking for? Contact us to receive a special offer for an individual Gainesville Florida map for your project.