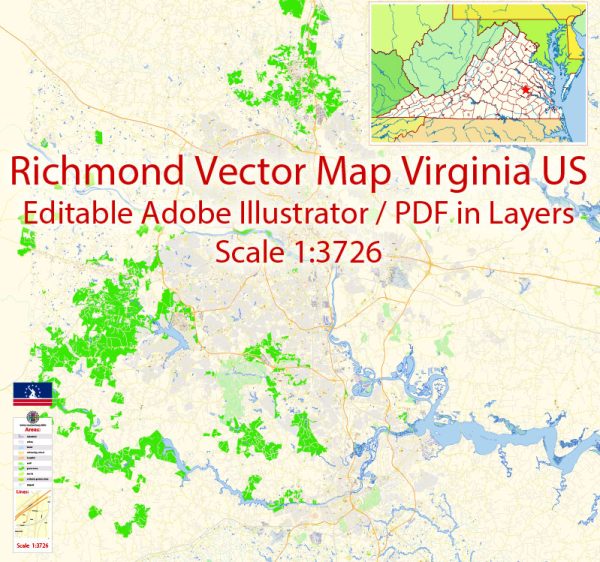 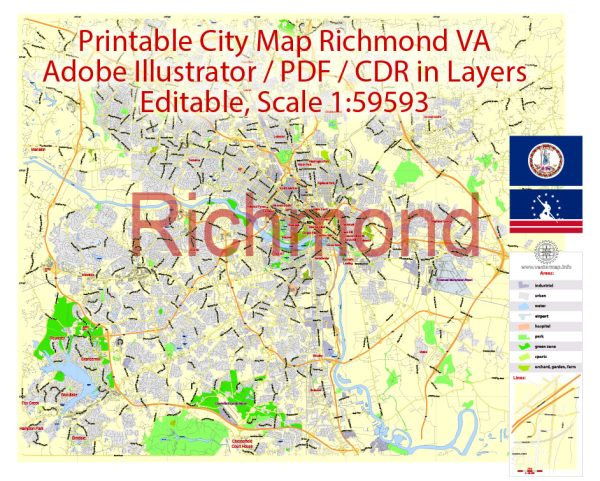 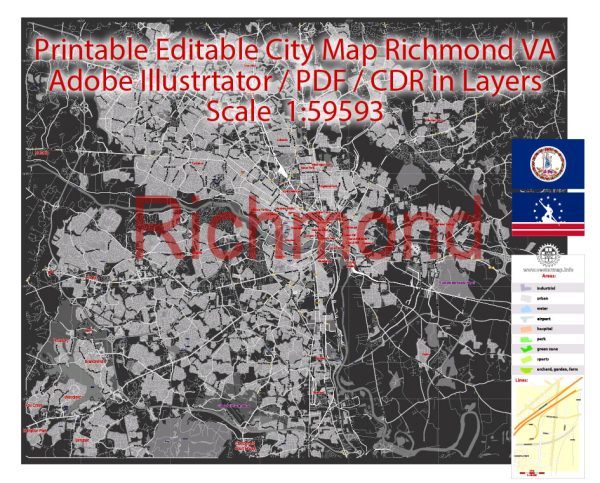 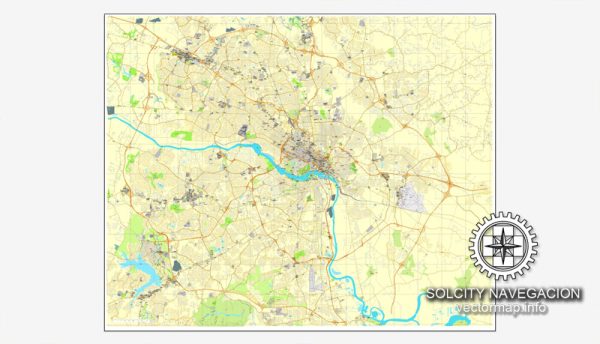 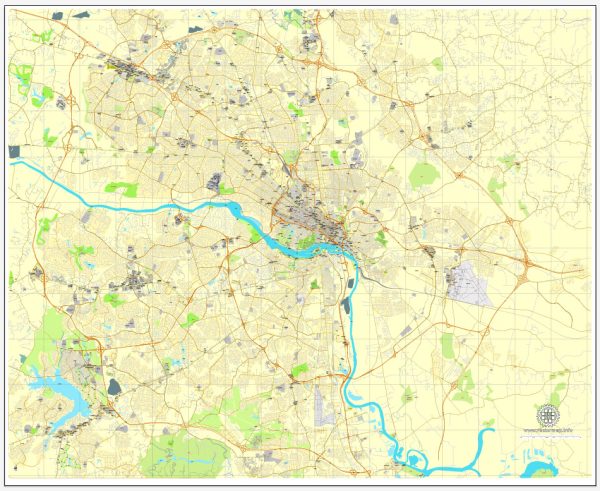 Vector Maps of the Richmond : city, capital of Virginia, U.S., seat (1752) of Henrico county, situated in the east-central part of the state at the head of navigation of the James River. Politically independent of the county, it is the center of a metropolitan area including the rest of Henrico county and Chesterfield and Hanover counties. The English first explored the site in 1607, when a party led by Christopher Newport and John Smith sailed upriver shortly after the founding of Jamestown. A trading post was established (1637) by Thomas Stegg at the fall of the James, and in 1645 Fort Charles was built there. In 1733 William Byrd of Westover named the settlement for Richmond upon Thames, England, and the town was laid out four years later by surveyor Major William Mayo on a site that became known as Church Hill.
Area:
• City: 62.57 sq mi (162.05 km2)
• Land: 59.92 sq mi (155.20 km2)
• Water: 2.65 sq mi (6.85 km2)

All of our editable Richmond Virginia vector maps are digital files,
which can be instantly downloaded in editable PDF or Adobe Illustrator format.
Objects on maps are usually divided into layers according to their types – lines, polygons, street names, object names (see map description!!!!)
Each of our Richmond Virginia digital maps is available in Adobe Illustrator or editable PDF format, (or on request in any other known format for the same price)
which use a vector approach to display images,
you can easily enlarge any part of our maps without compromising text, line or graphic quality,
with any increase or decrease ratio.
Using a vector graphics editor such as Adobe Illustrator, CorelDraw, Inkscape, or Freehand
you can easily crop parts of the map, add custom characters, and change colors and font attributes as needed.
We have a variety of Richmond Virginia vector maps with different levels of detail, from simple empty paths to highly detailed maps with roads and terrain layers.

Don’t see exactly what you’re looking for? Contact us to receive a special offer for an individual Richmond Virginia map for your project.