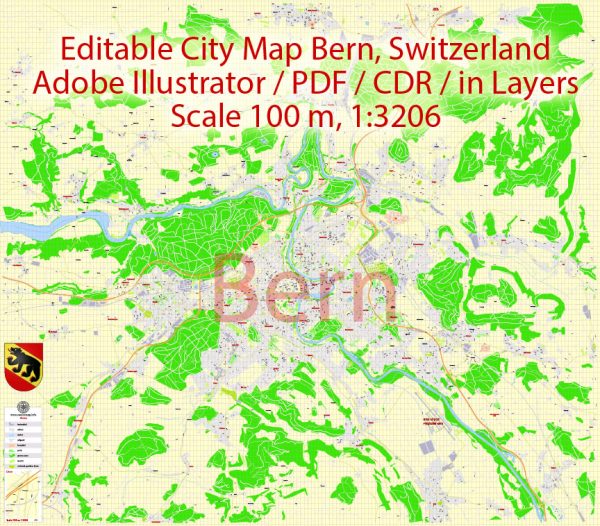 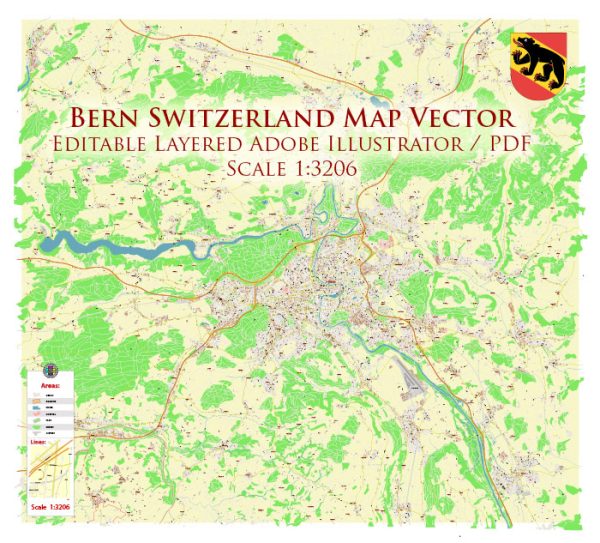 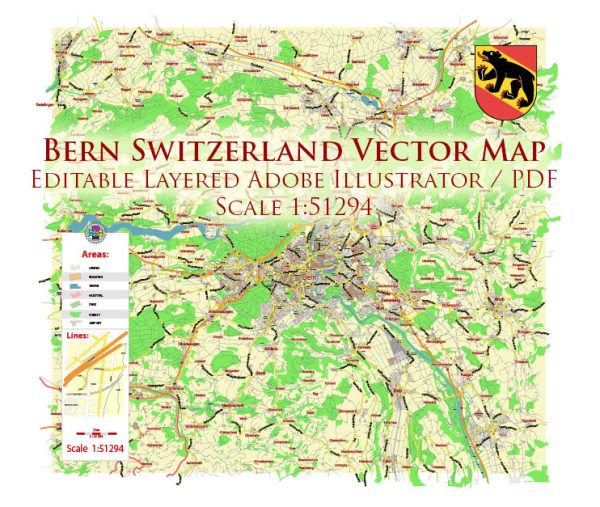 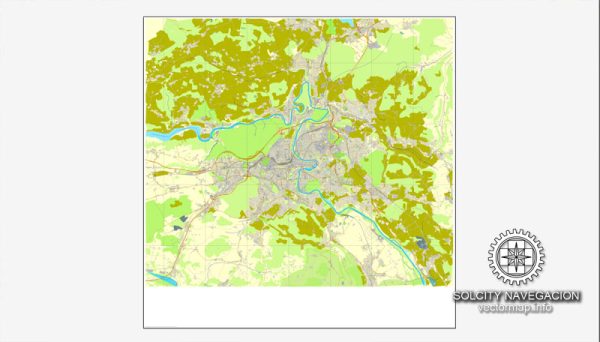 Vector Maps of the Bern : capital city of Switzerland, is built around a crook in the Aare River. It traces its origins back to the 12th century, with medieval architecture preserved in the Altstadt (Old Town). The Swiss Parliament and diplomats meet in the Neo-Renaissance Bundeshaus (Federal Palace). The Französische Kirche (French Church) and the nearby medieval tower known as the Zytglogge both date to the 13th century.
Elevation: 540 m
Area: 51.6 km²
Download royalty free, editable vector maps of Bern Switzerland in high resolution digital PDF and Adobe Illustrator format.