Kansas is a state in the central part of the United States. The geometric center of 48 contiguous US states is located on the territory of Kansas (the Meads Ranch triangulation station serves as a base point when building maps of the US territory). Belongs to the Midwest region. In the materials of the Census Bureau, it appears as part of the Northwest Center. The name “Kansas” comes from the name of the Kansa Indian tribe (literally, the people of the south wind), who once inhabited the northeast of the state. 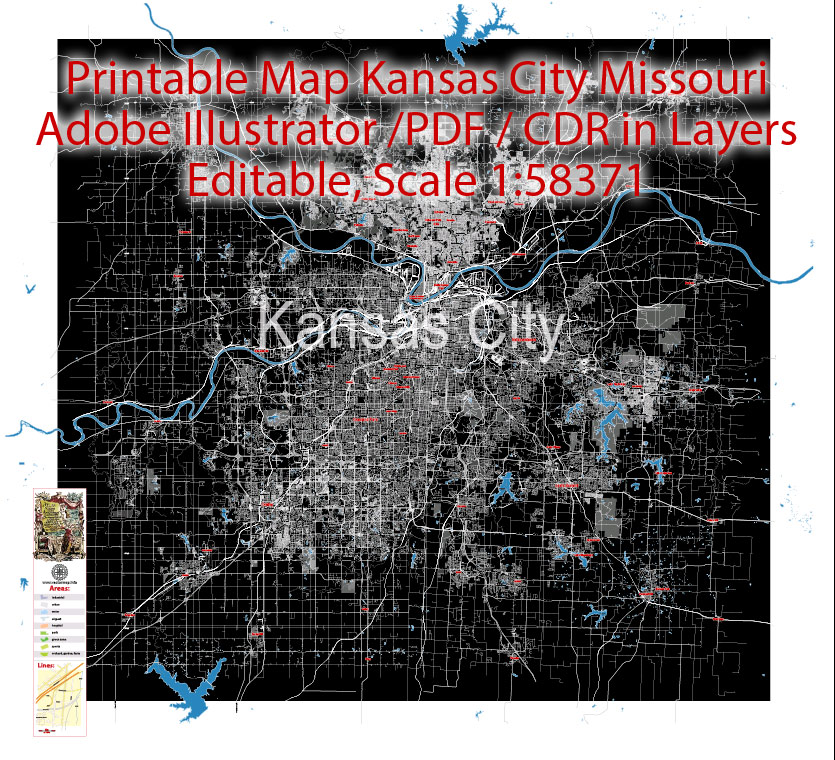 Historical features. The first Europeans appeared on the territory of Kansas in the XVI century, having found here Indian tribes who led either a sedentary nomadic or nomadic lifestyle. In 1803 The United States bought Louisiana from France, which included the lands of Kansas. The status of “territory” was obtained in 1854. At the same time, the colonization of Kansas began, and before that, the government forbade white people to settle here, on Indian lands. 7 years later, just on the eve of the Civil War between the North and the South, Kansas became a state.

Nature. “The steppe stretched flat as a tablecloth to the horizon”, “a girl Ellie lived among the vast Kansas steppe” – these are phrases from the first page of the children’s book “The Wizard of the Emerald City”, which is a brilliant retelling by A. Volkov of the fairy tale of the American writer L.F. Baum “The Sage of Oz”. The surface of Kansas is really flat, sloping down from the foothills of the Rocky Mountains in the west to the valley of the Missouri River in the east. Two physical and geographical areas converge on the territory of Kansas. The eastern third of the state is occupied by the Central Plains, and the center and west are the Great Plains. To the west, the heights increase, but the surface is flattened. This part of the Great Plains is called the High Plains. The eastern and central parts of the state are hilly terrain (absolute altitude up to 862 m). The climate is temperate continental (the average temperature in January is -3 ° C, July 26 ° C). The continentality of the climate increases when moving from east to west. Precipitation in the east is 900-1000 mm per year, in the west — 400-500 mm. Droughts are frequent in Kansas in the summer. The Missouri River flows in a small area along the northeastern border. The main rivers are Kansas (a tributary of Missouri) and Arkansas (a tributary of the Mississippi). The soils are fertile but in the presence of moisture. Before the continuous plowing (the middle of the XX century), the whole of Kansas was covered with prairies — high-grass in the east, low-grass in the west. 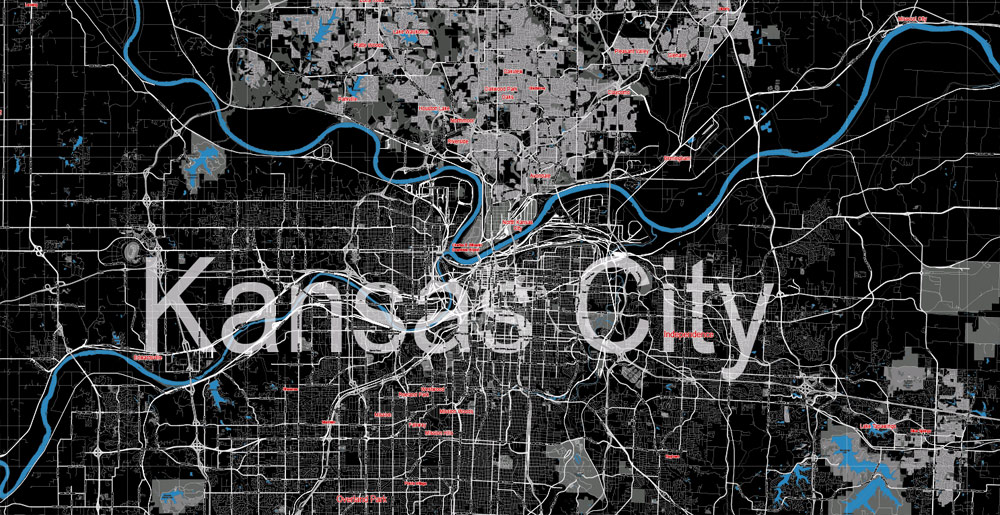 Population. The predominance of the white population is noticeable – 90%. Blacks 5.8%, Indians 0.9%. Population density falls from east to west, and all significant cities are concentrated in the east. Citizens — 69%. The largest city is Wichita on the river of the same name (320 thousand people, 513 thousand in the agglomeration (1996). The second-largest city (143 thousand people) Kansas City is located in the extreme northeast of the state, on the right bank of the Missouri River. The city lying on the left bank opposite it is also called Kansas City, but it is already in the state of Missouri (it is three times larger). There are 1,690 thousand people living in the single metropolitan area of Kansas City. Three significant cities lie on the Kansas River. These are Topeka (120 thousand people; in the ISA – 165 thousand), Lawrence (66 thousand; in the ISA – 90 thousand), and Salina (44 thousand).

Electric power industry. Thermal power plants provide 3/4 of the electricity produced, 1/4 is the only nuclear power plant (near Burlington, with a capacity of 1.2 MW). The main energy carrier is coal. Only heating stations near cities operate on gas and fuel oil (an environmentally more suitable fuel). 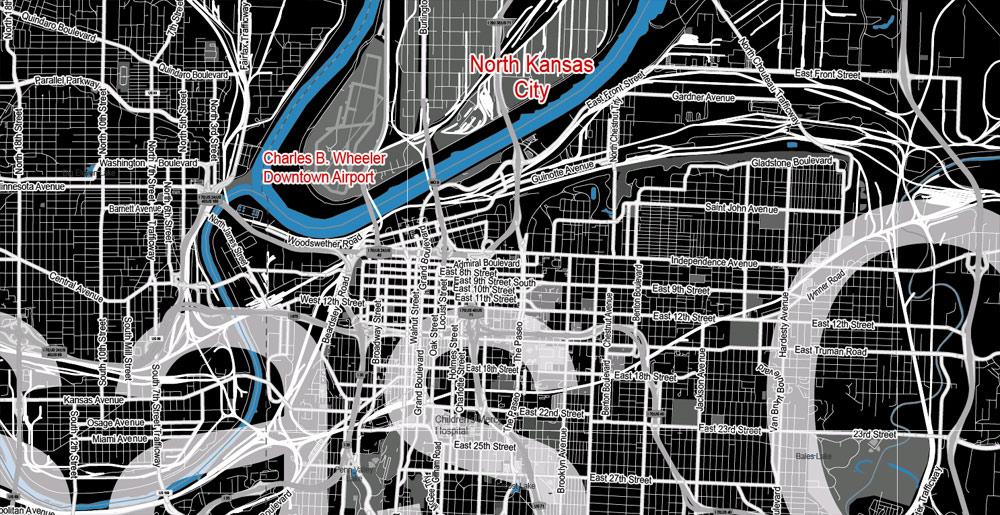 Manufacturing industry. Until the 1940s, the manufacturing industry was mainly represented by food industries and was inferior in value to agriculture. Now the manufacturing industry produces 5 times more products than agriculture. A third of the industry’s revenue comes from transport engineering, primarily the aviation industry. The aircraft industry was developed during the Second World War, when the government decided to locate the military industry in the interior of the country. Wichita is the third largest center of the US aircraft industry (there are 5 aircraft factories in the city and its suburbs, headed by Boeing). Specialization – production of light aircraft. The automotive industry is represented by the General Motors passenger car assembly plant and the Packard heavy truck plant in Kansas City. In the suburbs of Kansas City, Oleite manufactures equipment for radio communications and navigation. Due to the availability of raw materials, the state hosts a number of refineries (including in El Dorado and Wichita) and several chemical enterprises (in particular, a plant of chemicals for agriculture in Kansas City). The traditional specialization of Kansas is the food industry, mainly meat, flour, and feed. At the same time, the importance of Kansas City in the meat industry has fallen, and towns in the southwestern part of the state have grown. 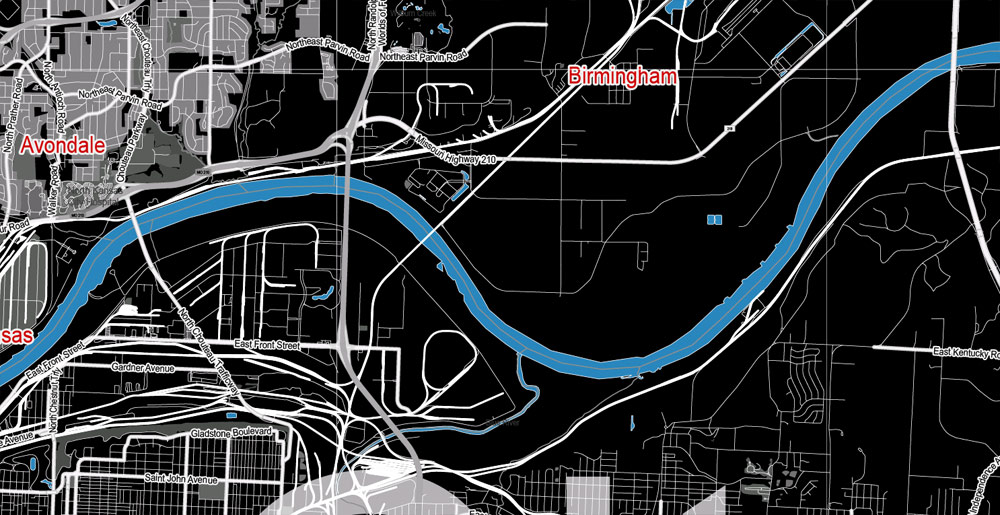 Mining industry. About half of the cost of manufactured products is accounted for by natural gas. The second most important place belongs to oil. If the volume of gas production increases, then oil, on the contrary, decreases. The main gas field is Hugoton (in the northwest corner of the state). The main oil fields are in the central part. The fields here belong to the same oil and gas field as the fields of Oklahoma and Texas. Non—combustible helium gas is extracted from natural gas (Kansas is the first in the USA to produce it). Its surplus is transported by pipeline south to Texas, to an underground storage facility at Amarillo. Salt (5th place in the country) and coal are also being developed.

Agricultural industry. Although  Kansas is famous primarily as a wheat region (the “breadbasket of the nation”), 60% of the cost of agricultural production is animal products. Kansas ranks 3rd in the United States in livestock and 2nd in fattening livestock. Beef cattle are grown everywhere, animals graze almost all year round. Located in the core of the “Winter Wheat Belt”, Kansas is the undisputed leader in winter wheat harvesting (about 20% of the national harvest), as well as sorghum. Many farmers keep a wheat field fallow every second year. Corn is also grown in Kansas (it is second only to wheat in importance). There are many fields of sunflower – according to its collections, Kansas is the third in America.

Transport. The transport network is dominated by latitudinal highways. Local railways and highways form segments of transcontinental highways. The city of Kansas City (if we take it together with the Missouri part) is one of the main railway centers and air hubs of the Midwest. The importance of water transport is modest since practically only the border Missouri River is navigable. An important element of the Kansas transportation network is gas and oil pipelines. 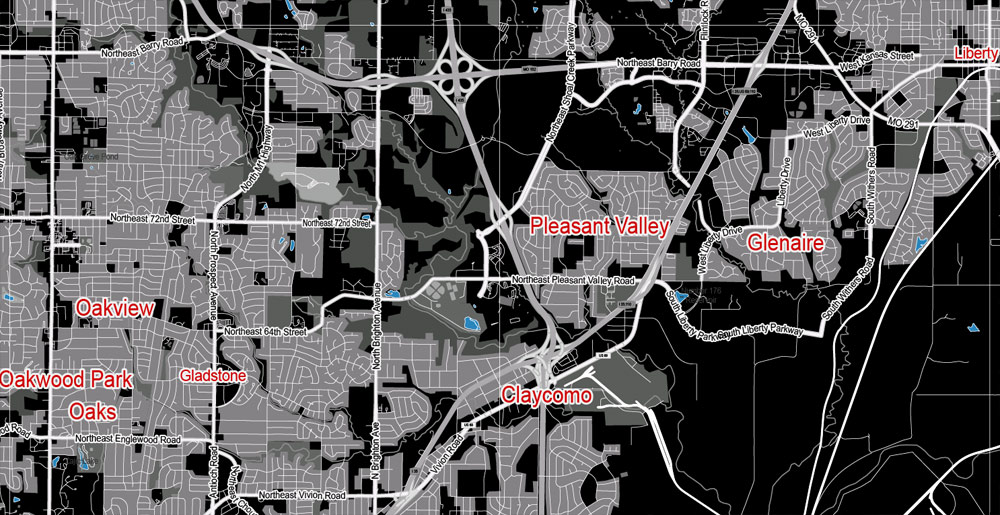 Attractions and tourism. Kansas is not rich in insights. There are 4 national historic sites (military forts of the XIX century) and a national reserve (in the Flint Hills area), where an “island” of the high-grass prairie has been preserved. The town of Abilene (20 km east of Salina) is known for the fact that the childhood of the 34th US President Dwight Eisenhower was spent there (his house has been preserved; a museum and a memorial library are nearby). The famous pilot Emilia Earhart (1898-1937) was born in Atchison (northwest of Kansas City). She was the first female aviator to fly solo across the Atlantic Ocean in 1932; she died while attempting to circumnavigate the world in 1937.

Science, education, culture. The proportion of people over 25 with higher education in Kansas is higher than in the USA — 21.1% versus 20.3%. 81.3% of adult Kansans have a certificate of maturity (according to this indicator, Kansas is in the top ten states). The largest universities are not located in the largest cities: the University of Kansas is located in Lawrence, and the University of Kansas is located in Manhattan. There are art and historical museums in Wichita, and the Spencer Museum with a rich collection of American art in Lawrence. There are symphony orchestras in the cities of Kansas City, Wichita, and Topeka. 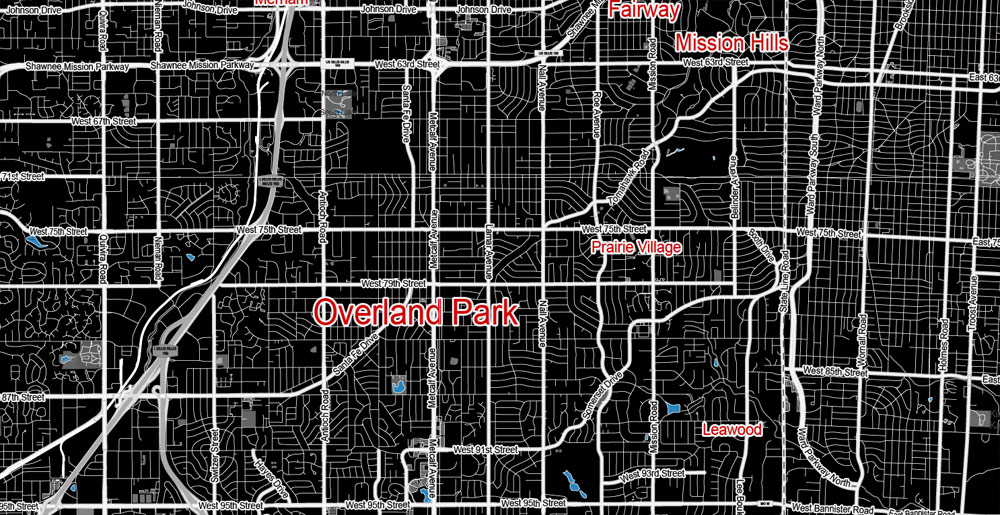 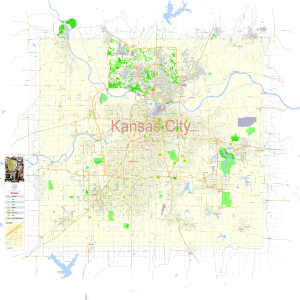 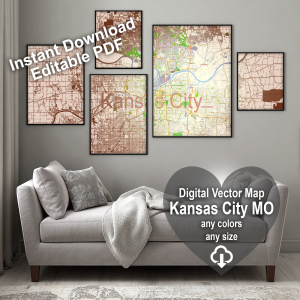 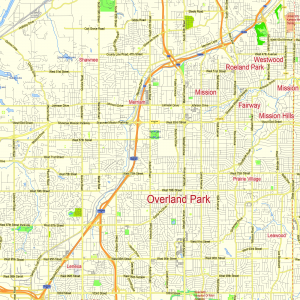 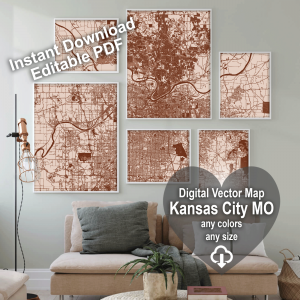 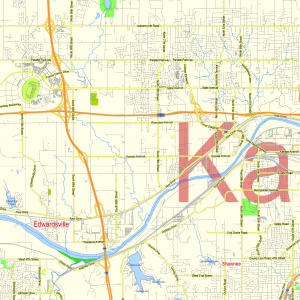 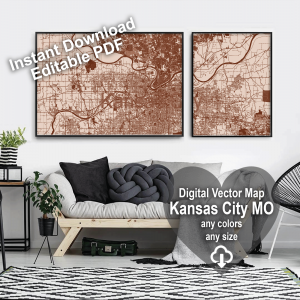 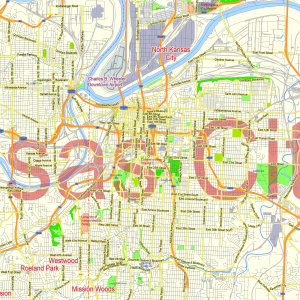 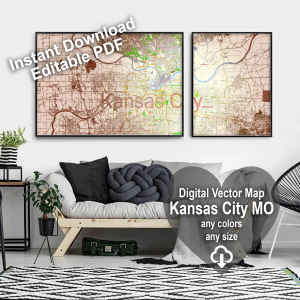 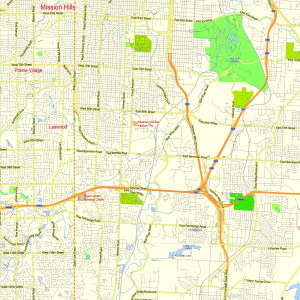 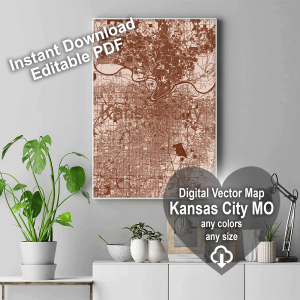 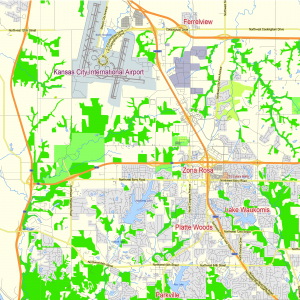 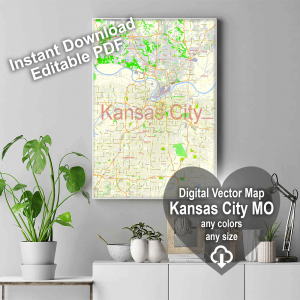 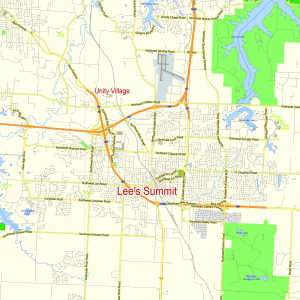 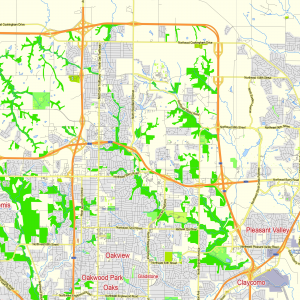 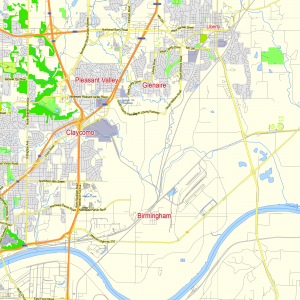 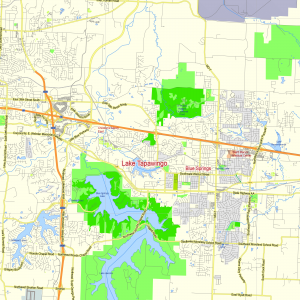 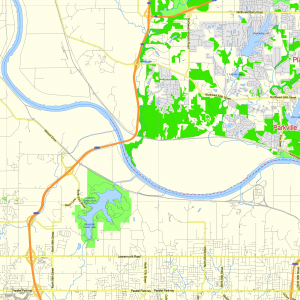