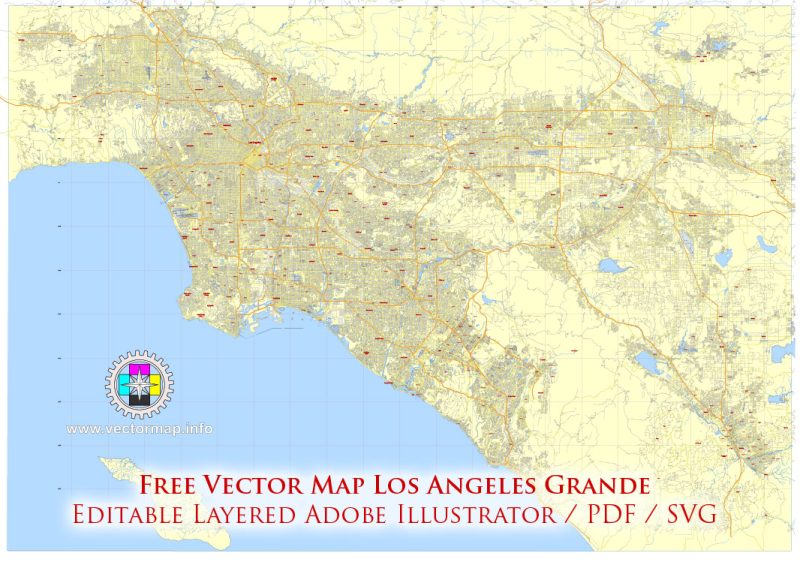 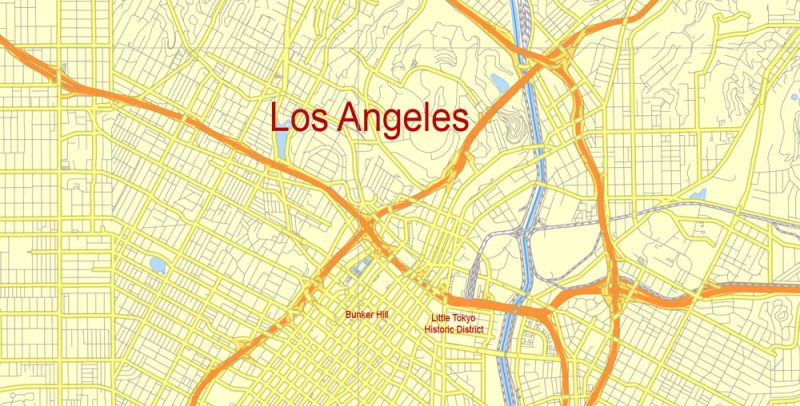 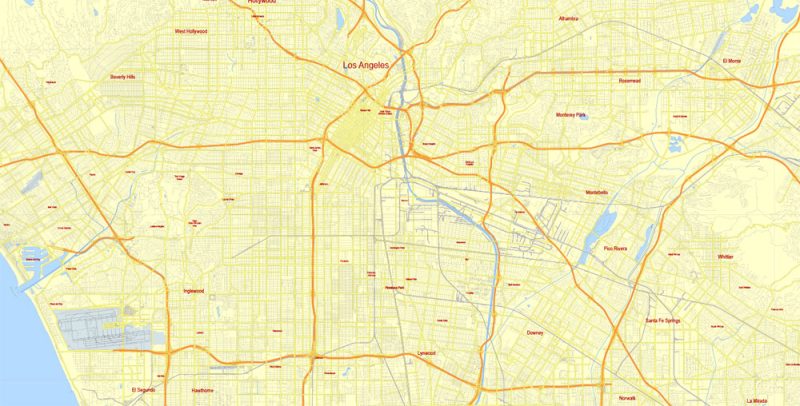 The city of Los Angeles  (also known simply as L.A., and nicknamed the “City of Angels”) is the most populous city in California. Located on a broad basin in Southern California, the city is surrounded by vast mountain ranges, valleys, forests, beautiful beaches along the Pacific Ocean, and nearby desert.

Los Angeles is an important center of culture, medicine, agriculture, business, finance, energy, aerospace, science, food processing, media, international trade, and tourism. International tourists regard Los Angeles as most famous for “Hollywood,” but a long-running trend in favor of outsourcing of film and television production has critically undermined the sector to the point where entertainment and media employ only about 120,000 people in the entire metro area (and most of them work in Burbank or Culver City, not Hollywood). Many major motion picture deals and premieres still occur in Los Angeles, but the vast majority of those films are actually shot elsewhere. However, some post-production, editing, promotion, distribution, and archiving work still occurs in Los Angeles. In addition, L.A. remains a major center for production of television shows and television commercials, as well as music recordings.

Nowadays, the economy of Southern California is primarily driven by its other sectors: its huge oil refineries, its thousands of rather mundane factories and food processing facilities, and its busy seaports and airports, with the result that the U.S. Customs district covering the region is the busiest in the United States. Regardless, Los Angeles continues to attract millions of tourists each year drawn to its history as the place where motion pictures traditionally came from (and where the management of the six major film studios are still largely based, even though they don’t make most films there any more).

Furthermore, at least in the English-speaking world, it is still obligatory for most celebrities-to-be to live for several years in L.A. until they make it big in Hollywood. Most of them ultimately flee elsewhere after they get sick and tired of being chased by crazed fans, tourists, and paparazzi, and only after they’ve hooked up with the top talent agents in Hollywood (meaning that now the best scripts and songs come to them, rather than the other way around). Thus, L.A. is notorious for its celebrity-oriented culture, as exemplified by the “star maps” sold at tourist traps which feature known locations of celebrities’ homes.