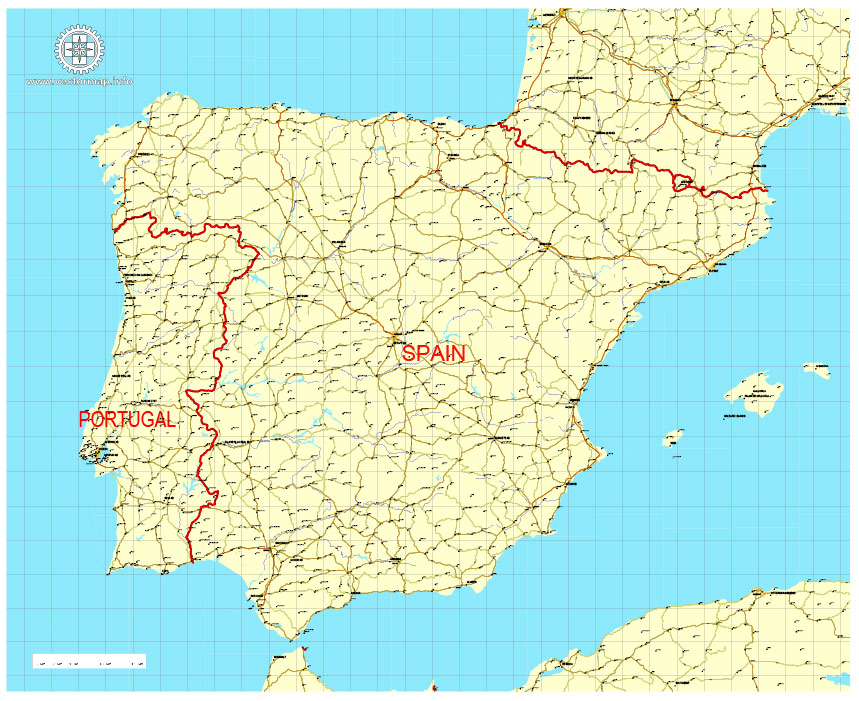 Spain
Country in Europe See also: Full version maps of Spain
Spain is a European country located on the Iberian Peninsula. The territory of Spain is divided into 17 autonomous regions. In the capital of the country, Madrid, there is the Royal Palace and the Prado Museum, which houses works of European masters. In Segovia, you can visit the medieval castle (Alcazar) and see the well-preserved Roman aqueduct. Barcelona is the capital of the autonomous community of Catalonia. The appearance of this city is determined by the numerous bizarre and fantastic creations of the architect Antonio Gaudi, including the Sagrada Familia.
Capital: Madrid
Population: 47.35 million

Portugal
Country in Europe See also: Full version maps of Portugal
Portugal is a southern European state on the Iberian Peninsula, bordering Spain. The country’s location on the Atlantic coast has influenced its culture. Salted cod and grilled sardines are considered national dishes. The most popular place among tourists is the beaches of the Algarve region. The main part of the architectural buildings belongs to the period of the 16th-19th centuries, when Portugal was a great maritime power.
Capital: Lisbon
Population: 10.31 million