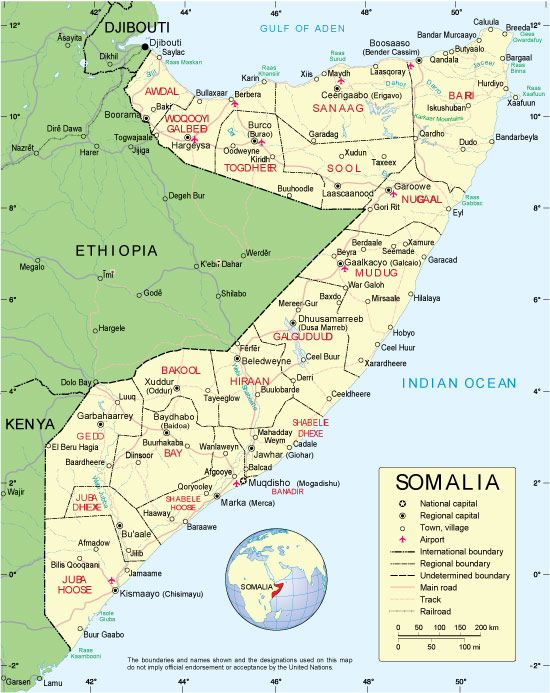 Somalia
Country, East Africa
Somalia, the full official name is the Federal Republic of Somalia, is an East African state. As a result of the civil war and the activities of the separatists, Somalia actually ceased to exist as a state for a long time and fell apart into many parts.
Capital: Mogadishu
Population: 15.89 million

Created in 1960 from a former British protectorate and an Italian colony, Somalia collapsed into anarchy following the overthrow of the military regime of President Siad Barre in 1991.

As rival warlords tore the country apart into clan-based fiefdoms, an internationally-backed unity government formed in 2000 struggled to establish control, and the two relatively peaceful northern regions of Somaliland and Puntland effectively broke away.

The seizure of the capital Mogadishu and much of the country’s south by a coalition of Islamist shariah courts in 2006 prompted an intervention by Ethiopian, and later, African Union, forces.

Since 2012, when a new internationally-backed government was installed, Somalia has been inching towards stability, but the new authorities still face a challenge from Al-Qaeda-aligned Al-Shabab insurgents.