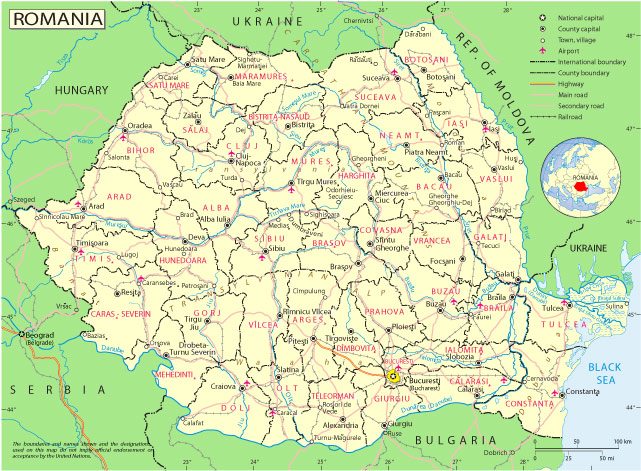 Romania
Country, Balkan Peninsula See also: Full version maps of Romania
Romania is a country in the southeast of Europe, on the territory of which the famous historical region of Transylvania is located, surrounded by the Carpathian Mountains. The medieval city of Sighisoara and many fortified churches and castles are located here, including Bran Castle, built on top of a cliff, where the legendary Prince Dracula spent the night. Bucharest, the country’s capital, is world famous for its colossal Palace of the Parliament, built during the communist era.
Capital: Bucharest
Population: 19.29 million