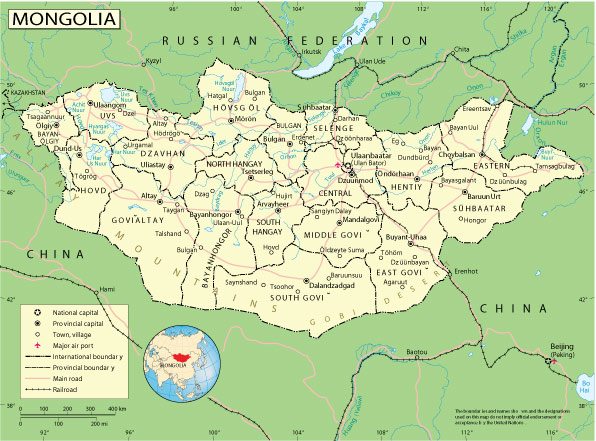 Mongolia
Country, East Asia
Mongolia is a country in East Asia, bordering Russia in the north and China in the south. Mongolia is among the states that do not have access to the sea. The state is a member of almost all UN structures, as well as some CIS structures as an observer. Wikipedia
Capital: Ulaanbaatar
Population: 3.278 million

In 1990, Mongolia abandoned its 70-year-old Soviet-style one-party system in favour of political and economic reforms and multiparty elections.

Vast quantities of untapped mineral wealth have made it a target for foreign investors, transforming the country’s tiny but fast-growing economy. This rapid change has taken place against a backdrop of political wrangling and government pledges to tighten control over the country’s assets.

Once the heartland of an empire stretching to Europe under Genghis Khan, Mongolia is a landlocked country dominated by sparsely populated steppe and semi-desert.

A third of the population lives in the capital, while around 40% of the country’s workforce is nomadic, herding livestock in the extensive pasturelands.