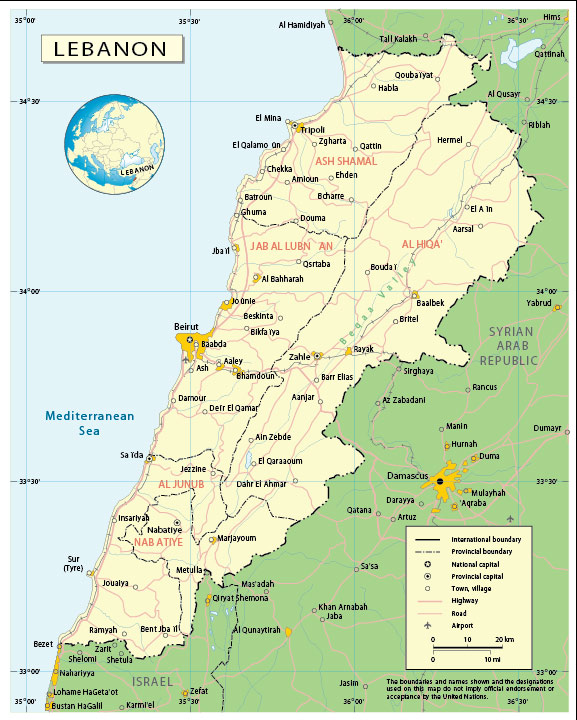 Lebanon
Country, Middle East See also: Full version maps of Lebanon
Lebanon, officially the Lebanese Republic, is a state in the Middle East, located in a mountainous area on the eastern coast of the Mediterranean Sea. In the east and north it borders with Syria, in the south with Israel. The population of Lebanon is over 6 million people.
Capital: Beirut
Population: 6.825 million

Lebanon: With its high literacy rate and traditional mercantile culture, Lebanon has traditionally been an important commercial hub for the Middle East.

It has also often been at the centre of Middle Eastern conflicts, despite its small size, because of its borders with Syria and Israel and its uniquely complex communal make-up.

Shia Muslims, Sunni Muslims, Christians and Druze are the main population groups in a country that has been a refuge for the region’s minorities for centuries.