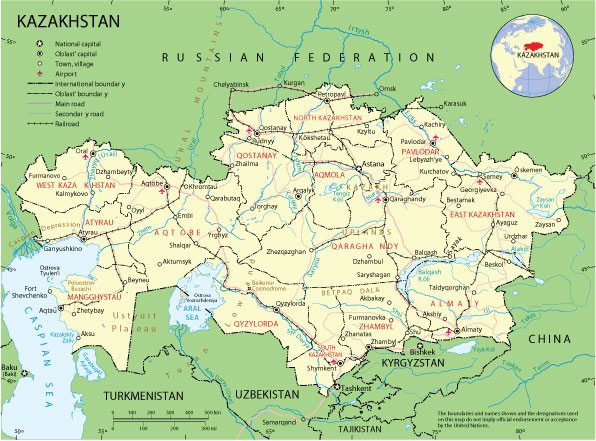 Kazakhstan
Country, Central Asia
Kazakhstan is a state in Central Asia, which used to be part of the USSR. It stretches from the Caspian Sea in the west to the Altai Mountains in the east, where it borders China and Russia. Alma-Ata is the largest city and an important trade center of the country. Among the sights of the city, it is worth noting the Ascension Cathedral of the Russian Orthodox Church, built under Nicholas II, and the Central State Museum of the Republic of Kazakhstan, thousands of exhibits of which allow you to get an idea of ​​the history of the state.
Capital: Nur-Sultan .Astana
Area: 2,725,000 km²
Population: 18.75 million