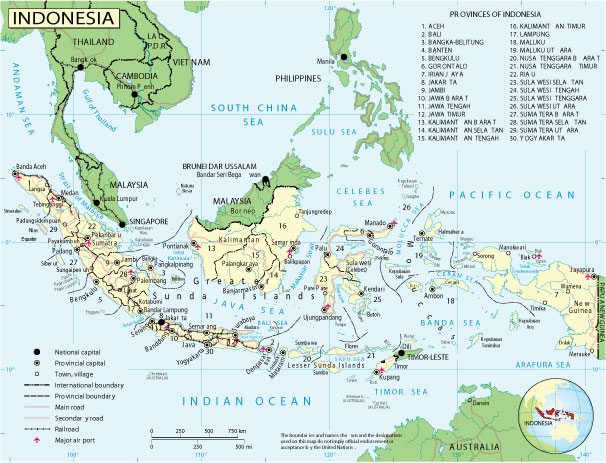 Indonesia
Country in Asia See also: Full version maps of Indonesia
Indonesia is a state in Southeast Asia, which occupies the territory of several thousand volcanic islands. They are inhabited by hundreds of peoples who speak different languages. The country is known for its beaches, volcanoes, and jungle-dwelling Komodo monitor lizards, elephants, orangutans, and tigers. The capital of Indonesia – a large, colorful city of Jakarta – is located on the island of Java. Here is the city of Yogyakarta, famous for its puppet shows and the traditional orchestra called gamelan.
Capital: Jakarta
Area: 1,905,000 km²
Population: 273.5 million