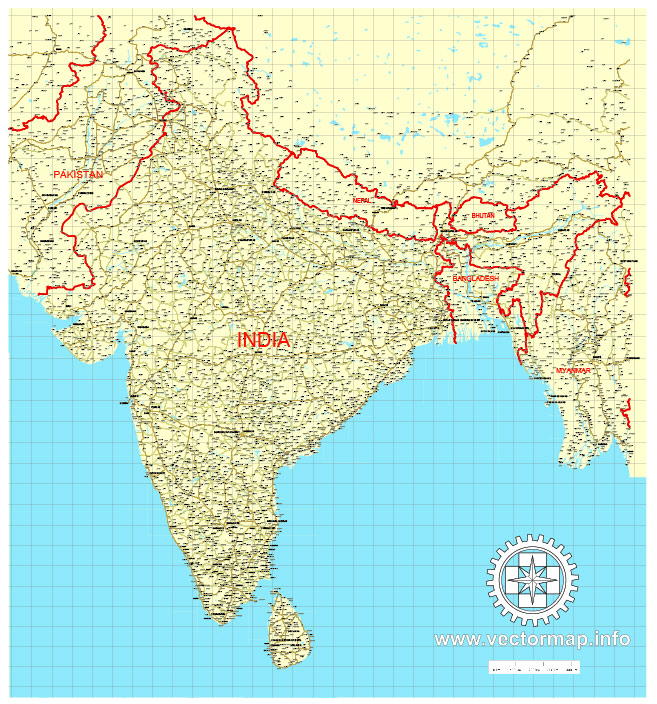 India
Country in South Asia See also: Full version maps of India
India is a huge country in South Asia with a diverse relief: on its territory are located both the mountain peaks of the Himalayas and the coast of the Indian Ocean. The history of the country has five millennia. In northern India, architectural monuments of the Mughal era have been preserved, including the Red Fort and the Jami Masjid (Cathedral Mosque) in Delhi and the Taj Mahal in Agra. The city of Varanasi is known as a place of pilgrimage for Hindus who bathe in the Ganges, while Rishikesh is known as a yoga center and starting point for hiking in the Himalayas.
Capital: New Delhi
Population: 1.38 billion