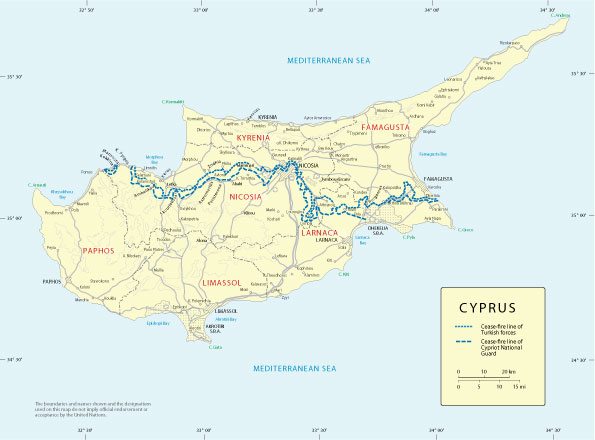 Cyprus
Country, Middle East See also: Full version maps of Cyprus
The Republic of Cyprus occupies the southern part of the island of Cyprus, located in the eastern Mediterranean Sea. The capital of the country, Nicosia, is also the main city of the Turkish Republic of Northern Cyprus, which is recognized only by Turkey. The Republic of Cyprus is famous for its beaches on the coast and vineyards in the interior hilly areas of the island. On the coast lay the city of Paphos, which, according to Greek mythology, is the birthplace of Aphrodite. It is popular with tourists due to the archaeological park with the ruins of palaces, tombs and villas with mosaics.
Capital: Nicosia
Population: 1.207 million