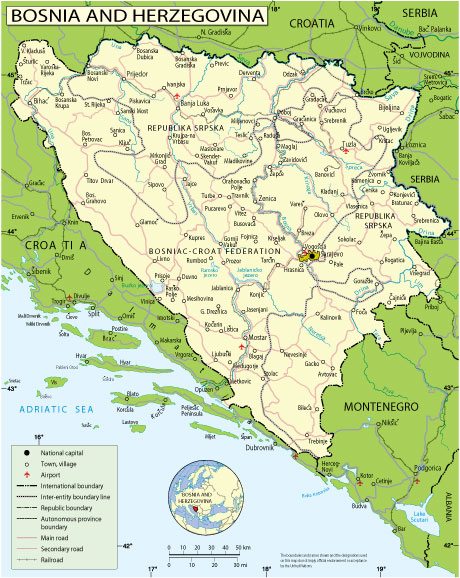 Bosnia and Herzegovina
Country, Balkan Peninsula. See also: Full version Vector map Bosnia and Herzegovina
Bosnia and Herzegovina is a state in Southeastern Europe, located on the Balkan Peninsula. The countryside is home to medieval villages, rivers and lakes. The rocky Dinaric Highlands stretches across the country. In the capital, the city of Sarajevo, the old Baščaršija quarter is well preserved. Here is the mosque of Gazi Khusrev-beg built in the 16th century, as well as a monument from the times of the Ottoman Empire – the Latin Bridge. Next to him, the assassination of Archduke Franz Ferdinand was committed, which served as a pretext for the start of the First World War.
Capital: Sarajevo
Population: 3.281 million