Vector Maps of the Brasília : inaugurated as Brazil’s capital in 1960, is a planned city distinguished by its white, modern architecture, chiefly designed by Oscar Niemeyer. Laid out in the shape of an airplane, its “fuselage” is the Monumental Axis, 2 wide avenues flanking a massive park. In the “cockpit” is Praça dos Três Poderes, named for the 3 branches of government surrounding it.
Founded: April 21, 1960
Elevation: 1,172 m
Area: 5,802 km²
Download royalty free, editable vector maps of Brasília Brazil in high resolution digital PDF and Adobe Illustrator format. 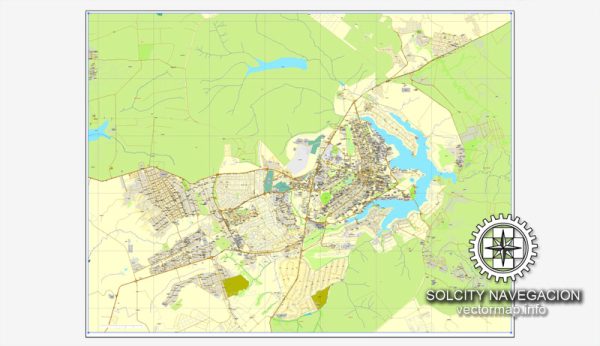