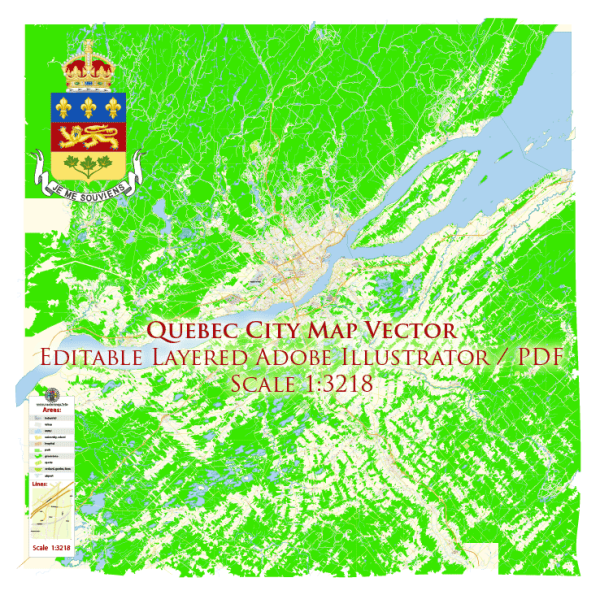 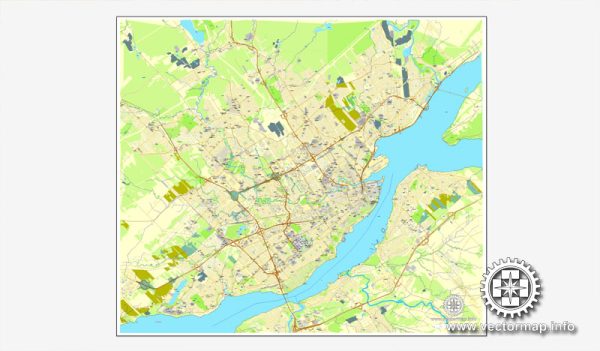 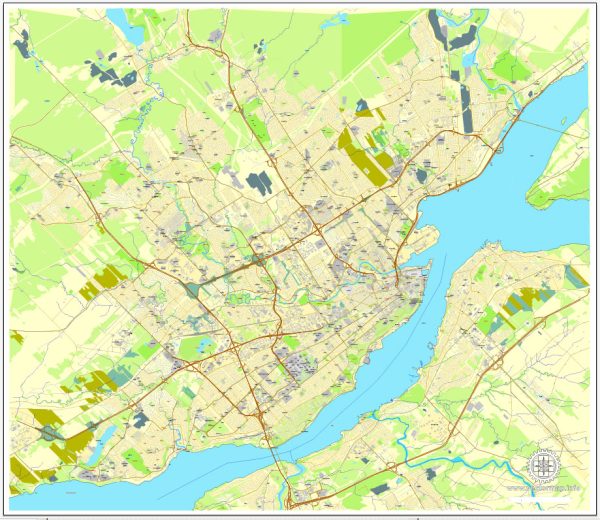 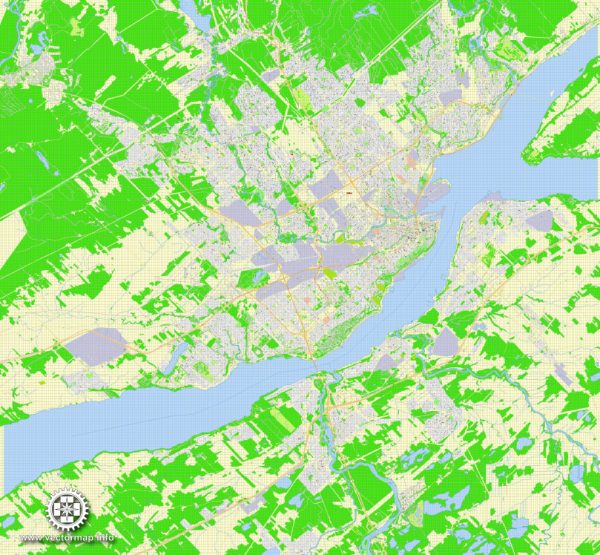 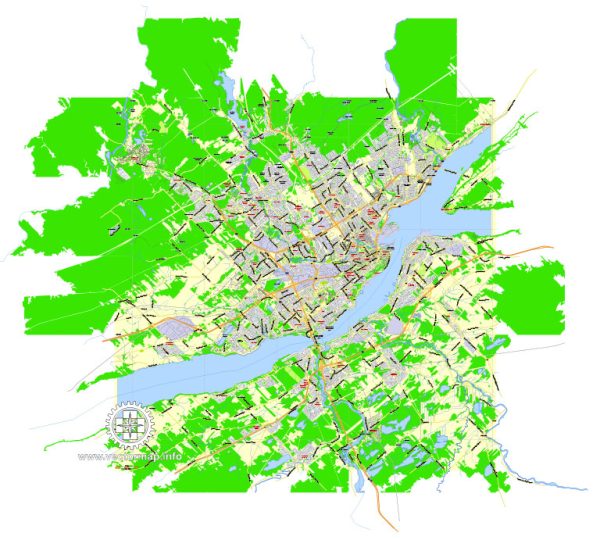 Vector Maps of the Quebec (French Québec) : city, port, and capital of Quebec province, Canada. One of the oldest cities in Canada — having celebrated its 400th anniversary in 2008 — Quebec city has a distinct old-world character and charm. It is the only remaining walled city in North America north of Mexico and was recognized as a UNESCO World Heritage site in 1985. Among its other distinguishing characteristics are its narrow cobblestone streets, stone buildings, fortifications, and rich French Canadian culture grounded in the French language. The city’s splendid views of the surrounding landscape and unique character were noted as early as 1842 during a visit by Charles Dickens, who called Quebec the “Gibraltar of North America.” In addition to being a major tourist destination, Quebec is an administrative center and a port city for transatlantic trade. Its location at the confluence of the St. Lawrence and Saint-Charles rivers, about 150 miles (240 km) northeast of Montreal, provided a number of strategic military advantages: because of the narrowing of the St. Lawrence River, Quebec was the farthest upstream oceangoing vessels could navigate, and the city’s fortifications on a high ridge had a commanding view of the river. Area 175 square miles (454 square km); metro  area  1,293 square miles (3,349 square km).

All of our editable Quebec City, Quebec vector maps are digital files,
which can be instantly downloaded in editable PDF or Adobe Illustrator format.
Objects on maps are usually divided into layers according to their types – lines, polygons, street names, object names (see map description!!!!)
Each of our Quebec City, Quebec digital maps is available in Adobe Illustrator or editable PDF format, (or on request in any other known format for the same price)
which use a vector approach to display images,
you can easily enlarge any part of our maps without compromising text, line or graphic quality,
with any increase or decrease ratio.
Using a vector graphics editor such as Adobe Illustrator, CorelDraw, Inkscape, or Freehand
you can easily crop parts of the map, add custom characters, and change colors and font attributes as needed.
We have a variety of Quebec City, Quebec vector maps with different levels of detail, from simple empty paths to highly detailed maps with roads and terrain layers.

Don’t see exactly what you’re looking for? Contact us to receive a special offer for an individual Quebec City, Quebec map for your project.