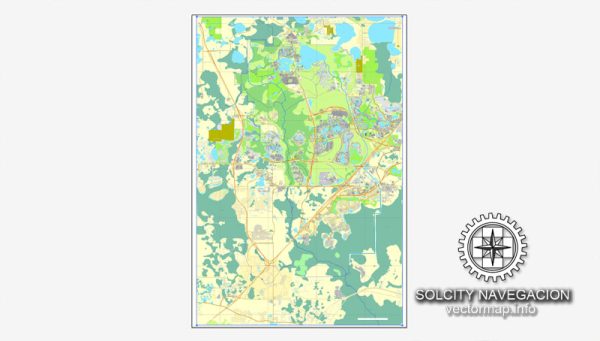 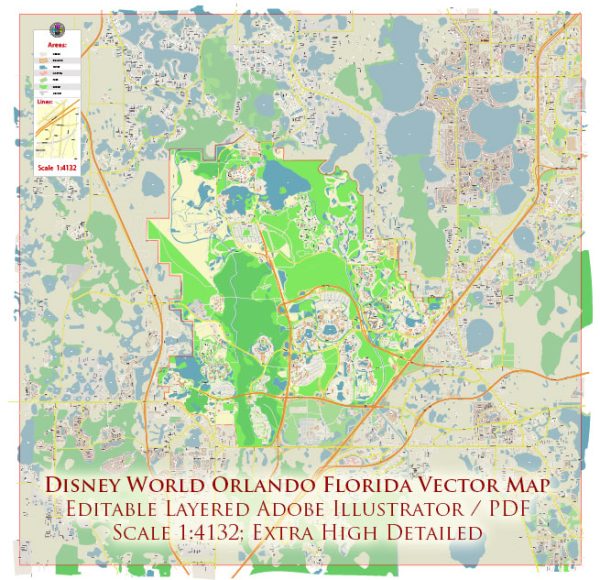 Vector Maps of the Walt Disney World Resort, resort complex near Orlando, Florida, envisioned by Walt Disney and featuring attractions based on stories and characters created by the Disney Company.
Following the success of Disneyland, near Anaheim, California, Disney began searching for a location for his second theme park. In 1965 he purchased 43 acres (17 hectares) of barren land in central Florida. Disney died late the following year, and his brother Roy Disney assumed supervision of the project. The Walt Disney World Resort opened in 1971 to great success. By the early 21st century it had grown to encompass 47 square miles (122 square km) and included four theme parks—the Magic Kingdom, Epcot, Disney’s Hollywood Studios, and Disney’s Animal Kingdom—as well as two water parks and numerous hotels, restaurants, and shopping centers. The Disney World theme parks are some of the major tourist destinations in the world, particularly for families with young children. By the turn of the 21st century, the Magic Kingdom — the resort’s most popular park — attracted 17 million visitors annually.

All of our editable Walt Disney World Florida vector maps are digital files,
which can be instantly downloaded in editable PDF or Adobe Illustrator format.
Objects on maps are usually divided into layers according to their types – lines, polygons, street names, object names (see map description!!!!)
Each of our Walt Disney World Florida digital maps is available in Adobe Illustrator or editable PDF format, (or on request in any other known format for the same price)
which use a vector approach to display images,
you can easily enlarge any part of our maps without compromising text, line or graphic quality,
with any increase or decrease ratio.
Using a vector graphics editor such as Adobe Illustrator, CorelDraw, Inkscape, or Freehand
you can easily crop parts of the map, add custom characters, and change colors and font attributes as needed.
We have a variety of Walt Disney World Florida vector maps with different levels of detail, from simple empty paths to highly detailed maps with roads and terrain layers.

Don’t see exactly what you’re looking for? Contact us to receive a special offer for an individual Walt Disney World Florida map for your project.