Vector Maps of the Perth : city and capital, Western Australia. Perth lies along the estuary of the Swan River, 12 miles (19 km) above that river’s mouth, which forms the inner harbor of neighboring Fremantle. The city, the fourth largest in Australia, is the center of a metropolitan area containing about three-fourths of the state’s population.
Area: 6,418 km²
Founded: August 12, 1829
Download royalty free, editable vector maps of Perth Western Australia in high resolution digital PDF and Adobe Illustrator format. 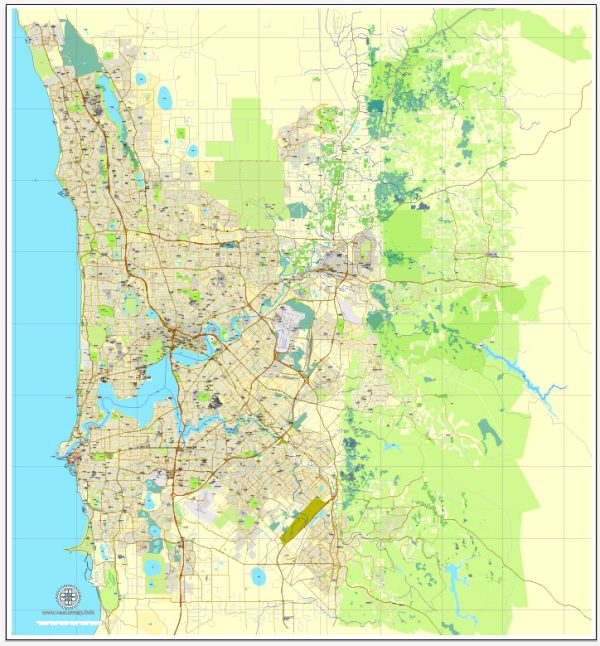 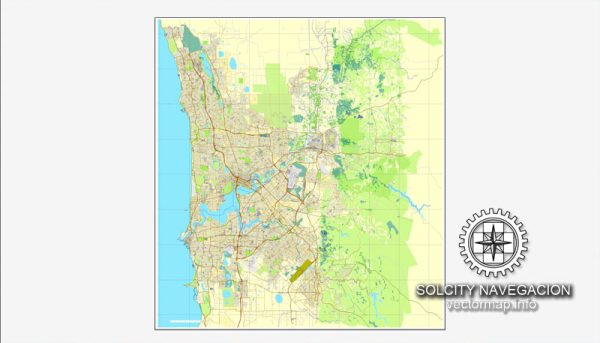