Vector Maps of the Aston : ward covering an area of north east Birmingham, including the district of Aston.
The ward was created in 1911, when Birmingham gained the Aston Manor Urban District. As a typical inner city ward, which tends to lose population the boundaries have been altered on a number of occasions.
Download royalty free, editable vector maps of Aston Ward, Birmingham, United Kingdom in high resolution digital PDF and Adobe Illustrator format. 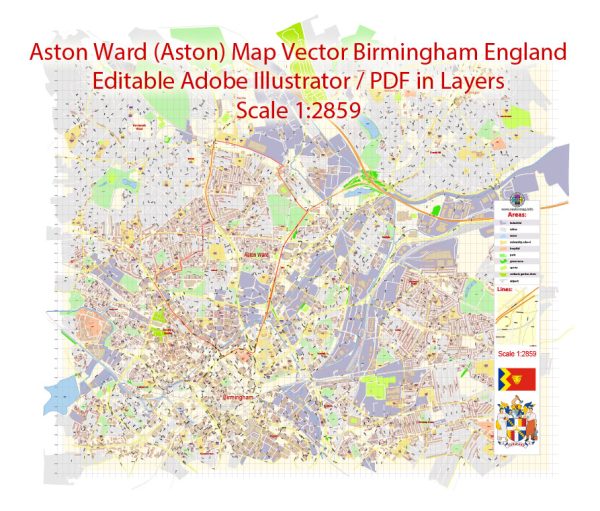