Chicago is a huge metropolis in Northern Illinois, the largest transportation hub and financial center of North America. It stretches along the southwestern shore of Lake Michigan and, together with the suburban settlements, forms an agglomeration called the “Greater Chicago“. Its territory is home to more than 9.6 million people, and in the city – about 3 million Is the third largest city in the United States after the “Big Apple” and “City of Angels“. 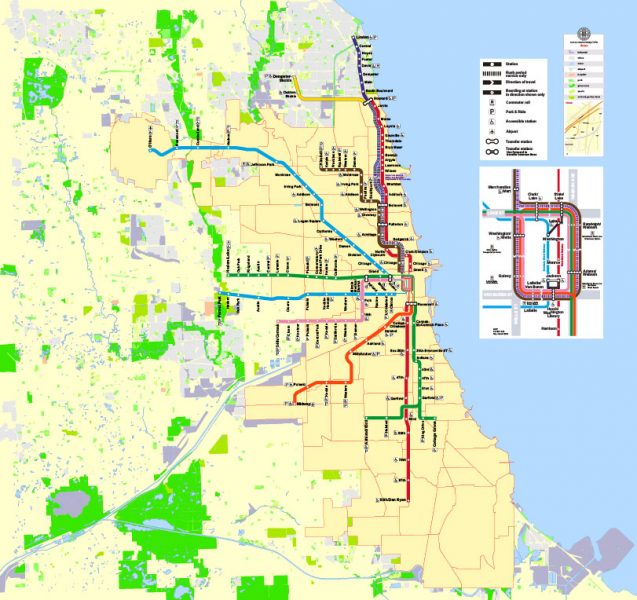 Chicago – the second economic center of the USA
The convenient geographical location of the city contributed to the development of the system of passenger and cargo transportation. The local river port on Lake Michigan Harbor, which is connected to the sea by the St. Lorenz canal, is the largest in the United States. O’Hare airport in its passenger traffic firmly occupies a leading position in the country. Every hour he sends and receives an average of about 200 aircraft. 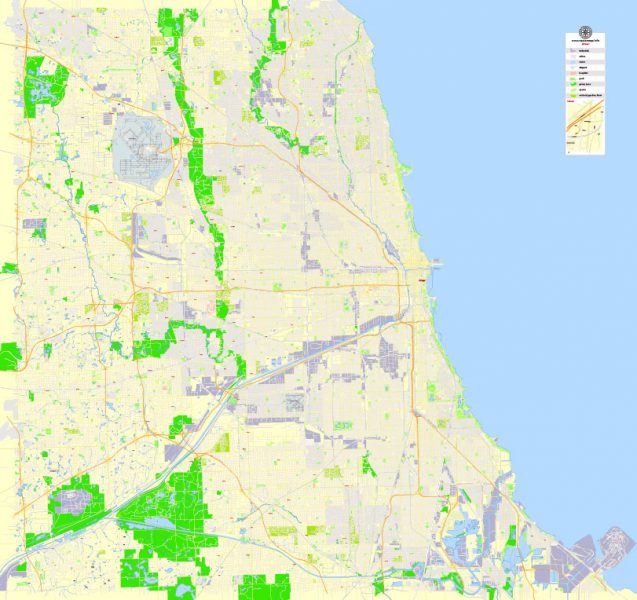 A few decades ago, the leading sector of the Chicago economy was the meat industry. To date, it has moved to second place, behind the heavy industry – ferrous metallurgy, chemical, and engineering. 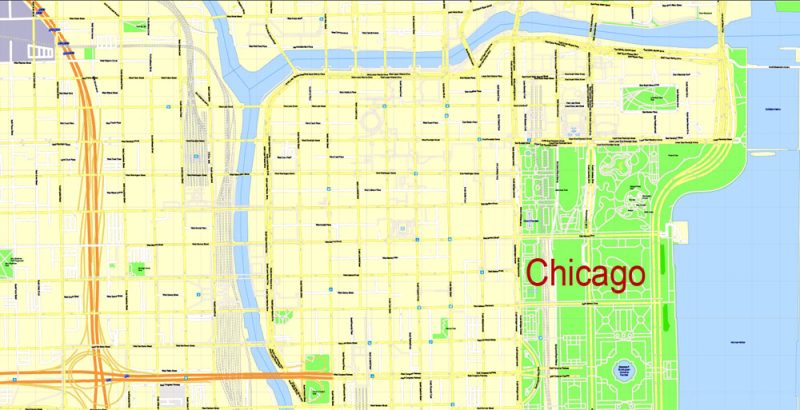 In the business center of the city, which is called The Loop, concentrated the largest banks in the North of the United States, the building of the boards of corporations and trusts. There are also first-class boutiques, restaurants, expensive hotels, the most famous exhibition halls, which annually attract more than a few million tourists. 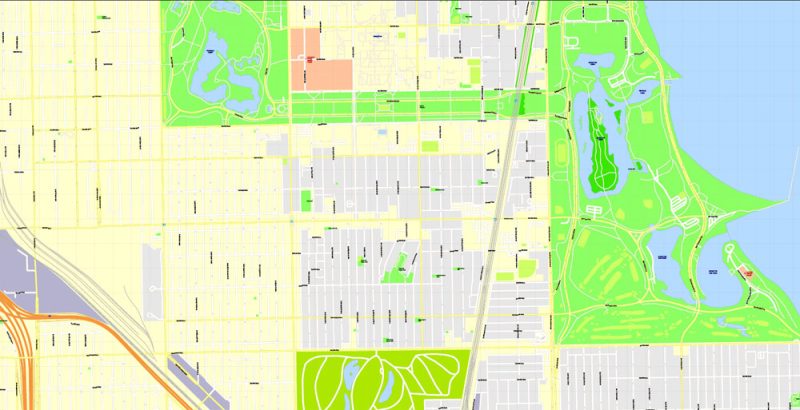 Windy city
The history of Chicago began in 1833, although the first settlement in its place existed long before that. There was a small village where only a few families lived. It received the status of the city in 1880 when the railway was brought here. His name is Chicago bound traditional Indian dish that is prepared from “shikaakwa” wild onion. 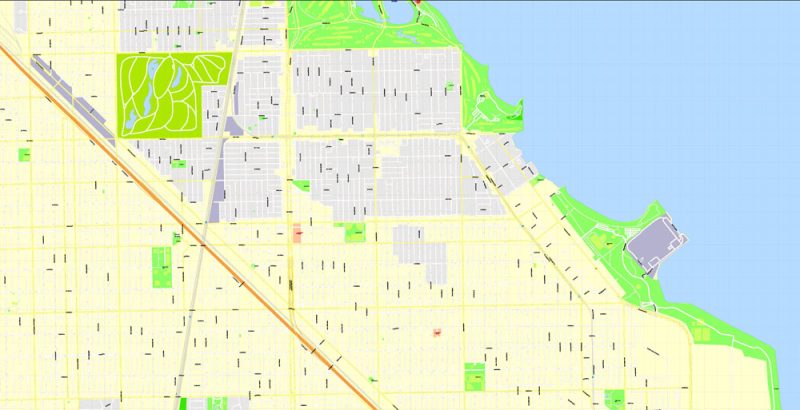 The modern look of the city with a lot of skyscrapers and high-rise buildings appeared due to the tragic event – a fire in 1871. He deprived almost a third of the population of their homes, which required the local authorities to urgently solve the problem. Construction of Chicago according to the old plans was found impractical, so the city was reconstructed according to a completely new concept. Its main idea was to expand the territory not deep into, but up. Soon the shore of Lake Michigan began to appear one after another high-rise buildings. 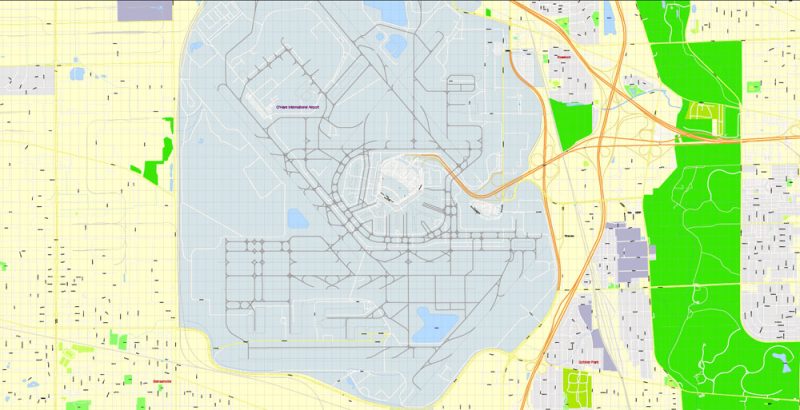 Today the city has many nicknames, but one is used most often – the City of winds. Its origin is associated with both weather conditions and politics. Indeed, very strong winds blow from the lake, the gusts of which are amplified by a large cluster of skyscrapers. But for the first time, this nickname was used in 1893 by the editor of the newspaper “New-York Sun” Charles Dana. He was outraged by the empty speeches of American politicians at the world Columbia exhibition, who used the event only to raise the personal ratings. 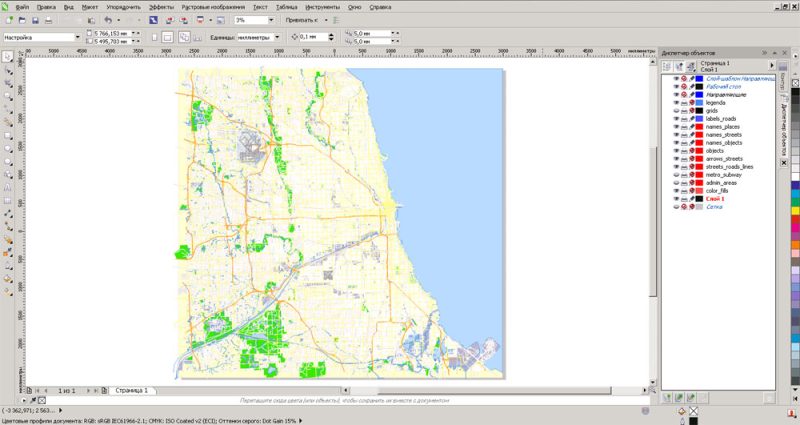 City parks, skyscrapers, and nightlife
Chicago is an inimitable and special city where millions of tourists come every year. Everyone here is looking for something different: enjoying the warm rays of the sun on the first-class beaches of Lake Michigan, walking for hours on end streets among the huge skyscrapers, in a hurry to a conference or another sale in luxury boutiques. The bustling atmosphere of the day city gives way to the night even more lively. Thousands of night clubs meet their visitors with entertainment shows, jazz evenings and excellent cuisine. And no one is afraid of the legend of the Ghost of al Capone – the famous mafia, who hunted on the streets of Chicago during the “prohibition”. By the way, the residents themselves are absolutely not happy with the fact that their city is associated with this person. But it is impossible to get rid of the past, and the most popular excursion among visitors is a walk through the criminal quarters, where gangsters were operating and the mafia was running. 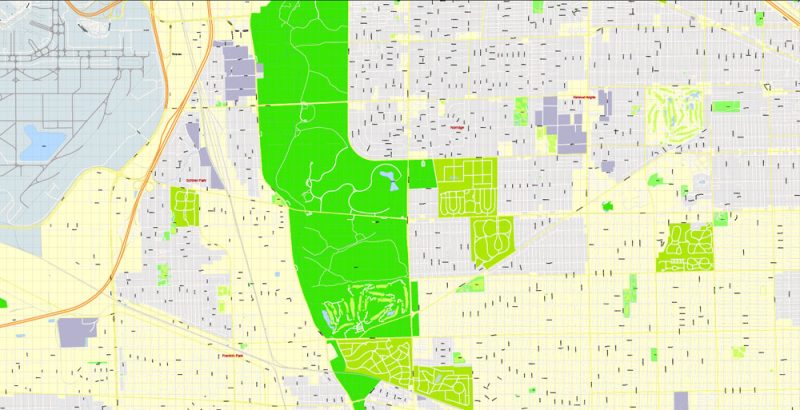 Tip: Chicago is considered the birthplace of jazz. Every year the famous Chicago Jazz Festival is held here. The most famous jazz club in the city is considered to be the Green Mill Jazz Club – its location is known to every local resident, so it is not difficult to find. Interestingly, this club was once ruled by Mathern, who was the right-hand man of Al Capone. 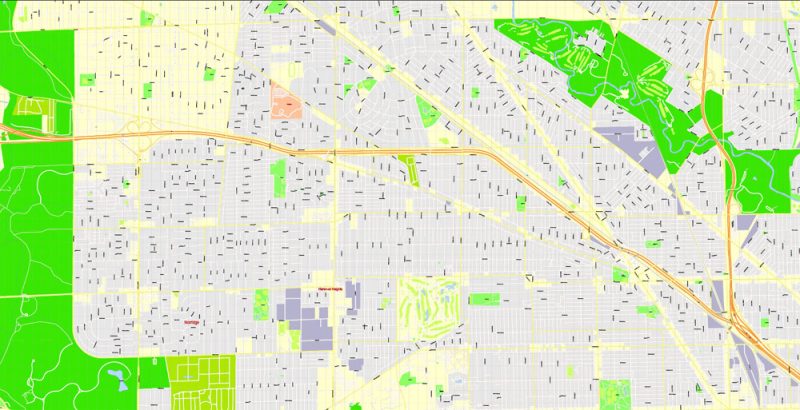 The waterfront of Lake Michigan
Today, Chicago is considered one of the most attractive in the United States for Hiking. The city is surrounded by greenery, despite the huge number of skyscrapers, industrial buildings, monuments, and other buildings. Almost a third of its area is occupied by gardens, squares, and parks. Especially beautiful on the waterfront: flower gardens, cobblestone paths for walks, green flower beds and amusement parks, where you can have fun, both children and adults. 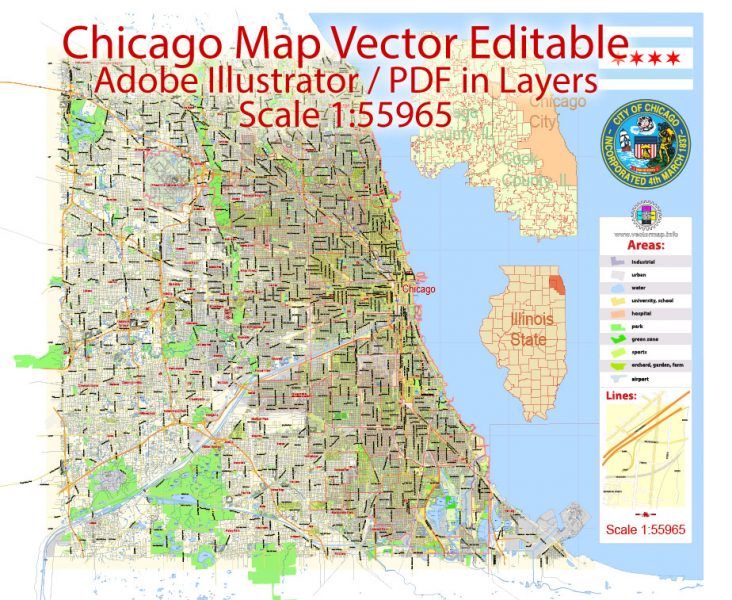 North Michigan Avenue, or as it is called “Magnificent mile” – a Paradise for avid shopaholics. Here are the most fashionable boutiques in the city, famous supermarkets, and shops, where throughout the year various sales, weeks of discounts and other promotions are arranged. For shopping here come not only tourists but also the residents of the “Big Chicago“. 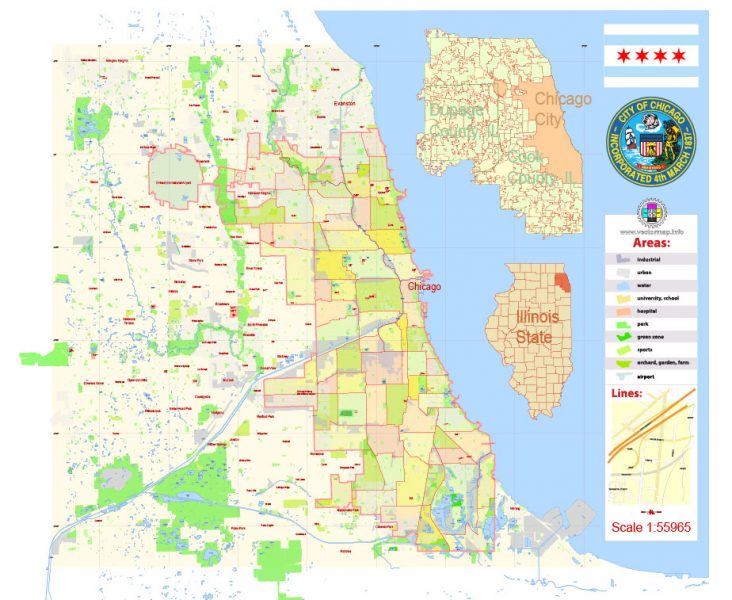