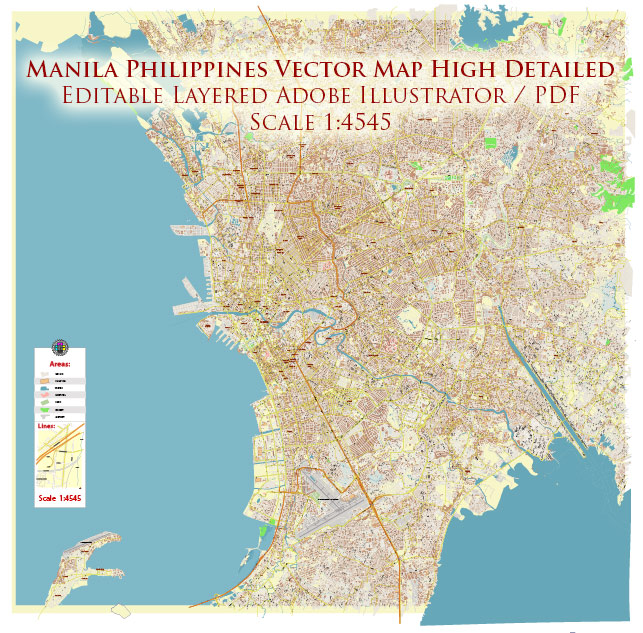 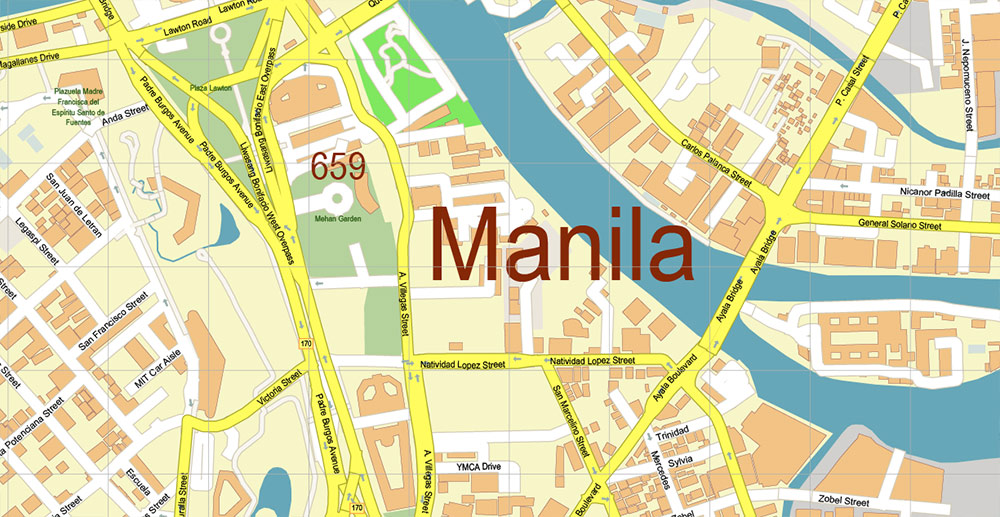 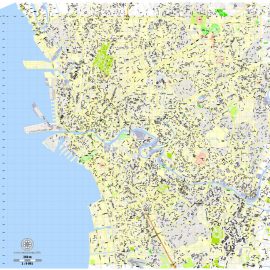 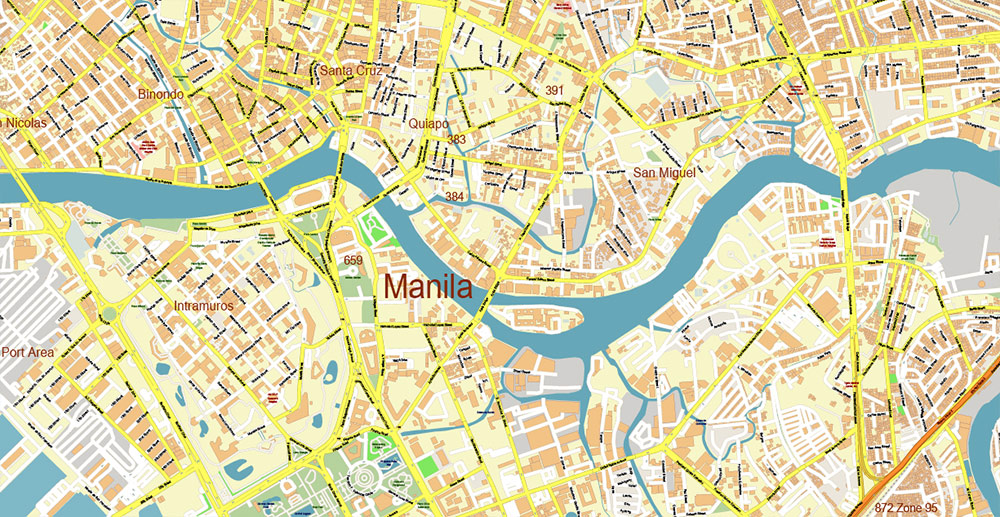 Geography and climate
The capital of the Republic of the Philippines — Manila is located in the bay of the northeastern part of the island of Luzon. Manila is a metropolis consisting of 18 cities. The central part of this conglomerate is called Metro Manila.

At a distance of about 7 kilometers from the center of Manila, there is a large Aquino International Airport.

The climate of Manila is characterized by high humidity, the average annual air temperature is about +27 ° C. The warmest time of the year: from March to May inclusive. The rainy season lasts from June to November. And from November to April, the weather in the Philippines is quite windy.

Manila is located in the center of the island of Luzon by the Pasig River, which flows into Manila Bay, at an altitude of 16 m above sea level.

Manila, Maynila (Tagalog), Manila (Spanish, English, German), Manille (French) is the capital of the Republic of the Philippines, forming an independent administrative unit (National Capital Region), the largest city in the country.

Historical names:
XIV century and earlier: Gintu (Gintu — "Land of Gold") — the name given by neighbors.
Mid-XIV century. - June 24, 1571: Seludong (Seludong, Saludong or Selurong) - the name given by the toponym of southwestern Luzon.
June 24, 1571 - XVII century: Intramuros (Intramuros — "Inside the walls") — Spanish fortification - now the southern district of Manila.
XVI century. - to the present: Manila.
The etymology of the name:

The name "Manila" comes from two Tagalog words: may — "there is" and nilad - a kind of local shrub (Scyphiphora hydrophyllacea Lat.) that grew near Manila Bay and on the Pasig River.

Manila is the capital: 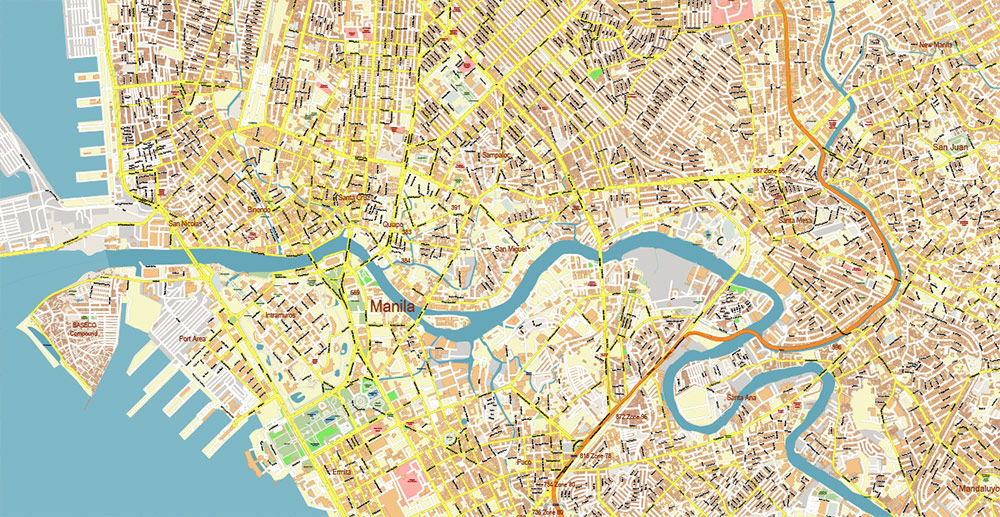 The central government bodies of the Republic of the Philippines are located in Manila:

President of the Republic of the Philippines.
Government.
Parliament is a bicameral Congress consisting of the Senate and the House of Representatives.
Geographical coordinates: 14°30 s.w., 121°01b.d.

Population: 11 million 552.1 thousand - the population in the metropolitan agglomeration (2010 estimate) 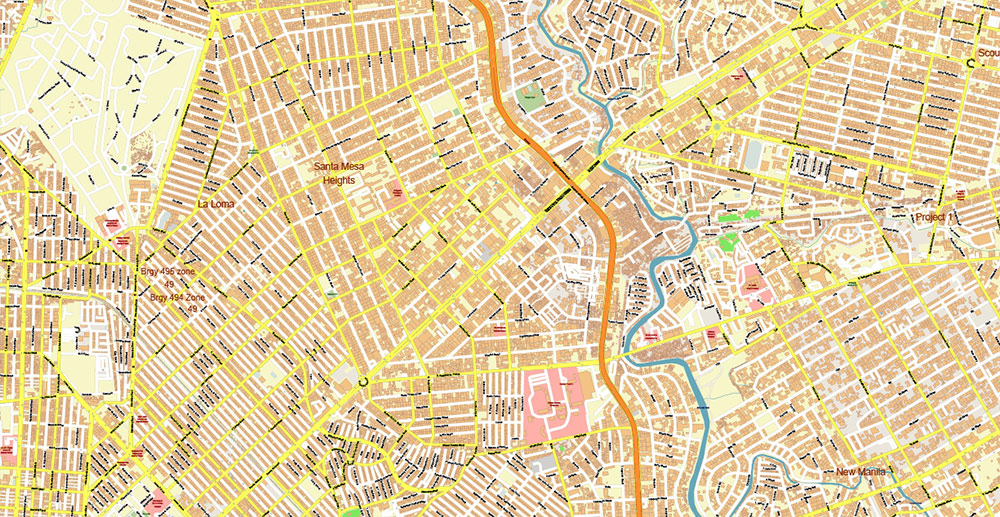 The geographical location of the Philippines

A state in Southeast Asia, located on the Philippine Islands stretching from north to south in the western Pacific Ocean. It borders Taiwan (Bashi Strait) in the north, Malaysia (Balabak and Alice Straits), and Indonesia in the south, is washed by the waters of the Pacific Ocean from the east, and the South China Sea from the west. The entire territory between the Philippine islands is occupied by numerous inland seas and straits. The total area of the country is 300 thousand square kilometers, the area of inland water areas is more than 1.8 thousand square kilometers.

The country includes more than 7.1 thousand islands, of which about 1000 are permanently inhabited, and more than 2500 are not only uninhabited but do not even have a name. The islands are located in three groups - the northern island of Luzon and adjacent islands, the central Visayan group (about 6 thousand islands), and southern Mindanao with surrounding islands. 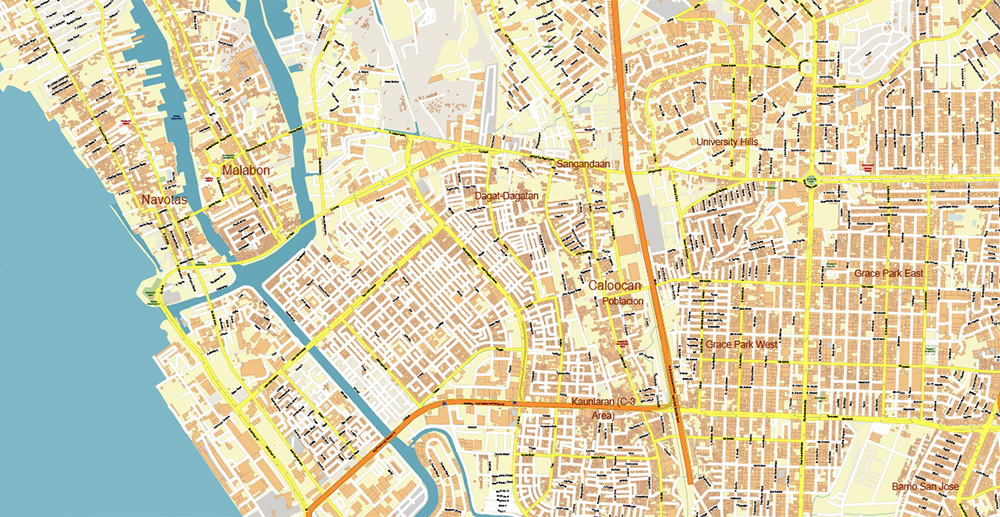 Location and geography
The Republic of the Philippines is located in Southeast Asia, on the Philippine Islands, washed by the Pacific Ocean. The closest neighbors of the Philippines: Indonesia, Brunei, Taiwan Island. The archipelago has about 7,100 islands. The largest: Leyte, Mindanao, Panay, Negros, Samar, Palawan. The Republic is divided into 13 regions and 2 autonomies. The capital is Manila.

The population of the Philippines
The total population is over 70 million people. 90% are Malays, the rest are Chinese, Ilocanos, Visayans, Spaniards, Moros, Tagalogs. Almost 43% of the population lives in cities. 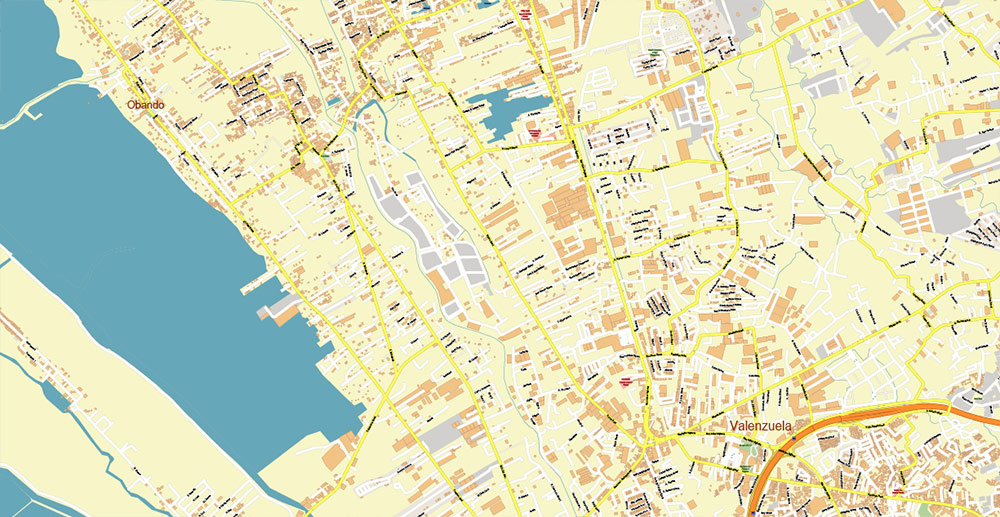 Nature
The Philippine islands are located in the belt of Pacific active volcanoes. Only on the island of Luzon, there are more than twenty periodically erupting fiery mountains. Between the mountain peaks, there are fertile plains and valleys at the mouths of rivers. There are few major waterways in the Philippines. The palm here belongs to the Cagayan River, followed by Pampango, Pulango, Agusan.

The flora of the islands has more than 10 thousand species of various plants. 40% of the country's territory is occupied by dense virgin forests. Conifers grow high in the mountains, and mangrove groves are common in the surf. Of the large mammals in the Philippines, there are local varieties of Asian buffalo, macaques, shrews, porcupine. About 300 species of exotic birds nest on the Philippine Islands, including the unique feathered predator harpy. Butterflies of extraordinary beauty are striking, of which there are a great many. 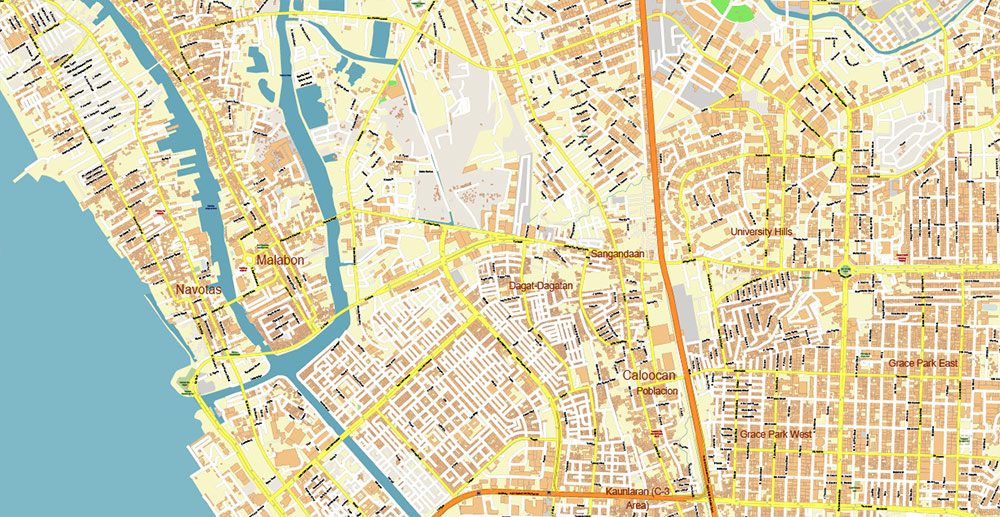 Language
The official languages are English and Philippino. In addition, more than 600 local dialects are actively used.

The cuisine of the Philippines
The culinary traditions of the islands were formed under the influence of the geographical location and history of the country. The waters of the Pacific Ocean, washing the Philippines, generously shared their gifts with people - fish, shellfish, algae. Seafood, rice, and spices (the influence of Asian traditions) form the basis of Philippino cuisine. Any meal in the Philippines begins with vegetable salads, followed by the main course - meat marinated in spices and onions with tomatoes or a soup made of oxtails and chopped peanuts. For dessert, Leche flan is served, most reminiscent of the taste of creme brulee or the delicious local ice cream halo-halo. It is prepared from gelatin, sweet milk, small crushed ice, and chopped fresh fruit or sweet corn. 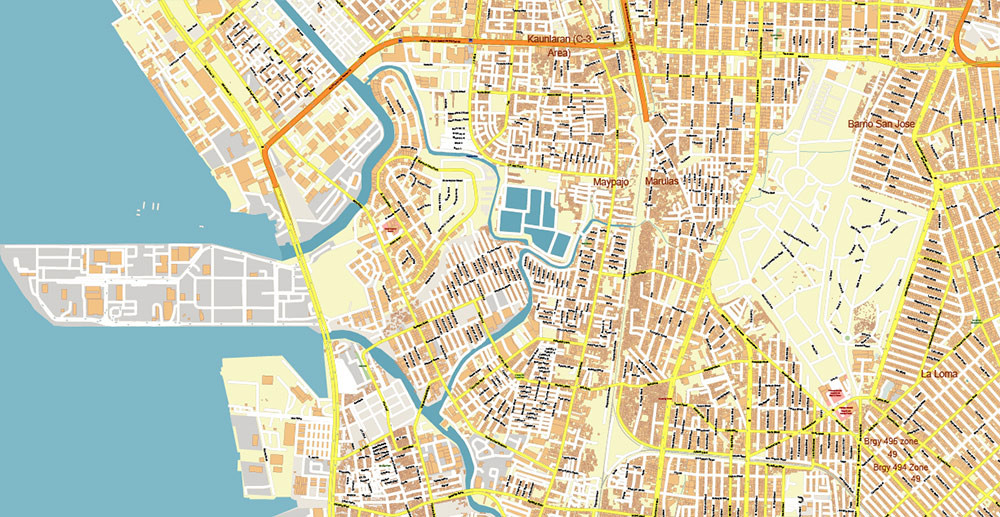 Currency
The national currency of the country is the Philippine peso. In 1 peso – 100 centavos.

The religion of the Philippines
The majority of the islanders are Catholics (83%). The remaining Filipinos profess Protestantism (9%) and Islam (5%).

Resorts
The famous White Beach is located on the picturesque island of Boracay – a five-kilometer coastal zone, the snow-white sand of which never heats up to a scorching state. The turquoise depths of the ocean, bizarre coral thickets and the hospitality of local residents have rightfully earned Boracay the fame of the most popular resort in the Philippines. 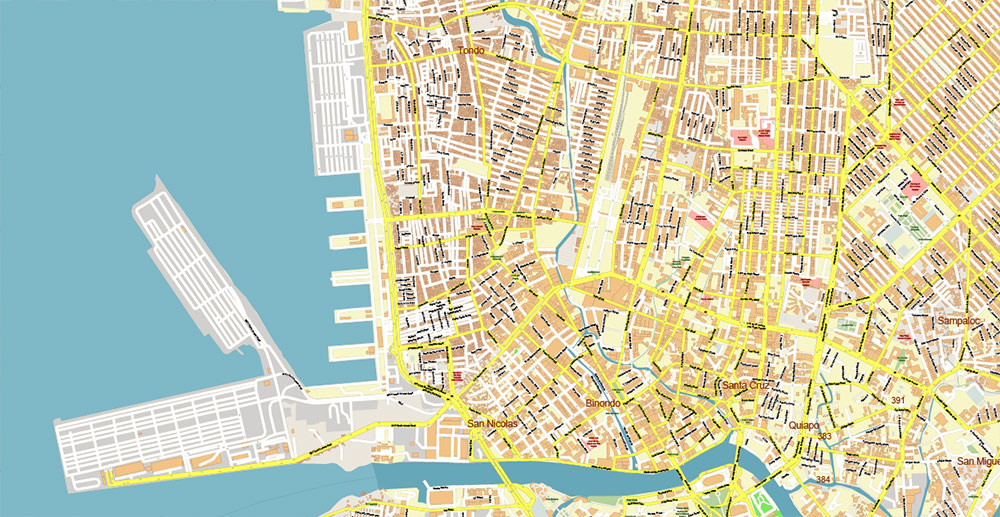 Palawan Island is one of the last very few surveyed places on the surface of the Earth. Palawan is a miniature archipelago of uninhabited islands. Impenetrable jungles where no man has ever set foot, deserted beaches, huge coral reefs, and rare animals that have never seen people - all this will help travelers to try on the role of Robinson Crusoe for a few days and take a break from civilization. The coastal waters of the island are ideal for diving and snorkeling.

The island of volcanic origin Bohol is considered the most exotic of the islands of the archipelago. It is here that a unique landscape miracle is located - the famous chocolate hills. There are more than a thousand hills with the shape of a perfect cone on the boundless plain. The hills are covered with green grass, which by the end of the season fades and becomes the color of cocoa. In the coastal waters of the island, there is a unique coral reef, which has the appearance of a massive high wall. 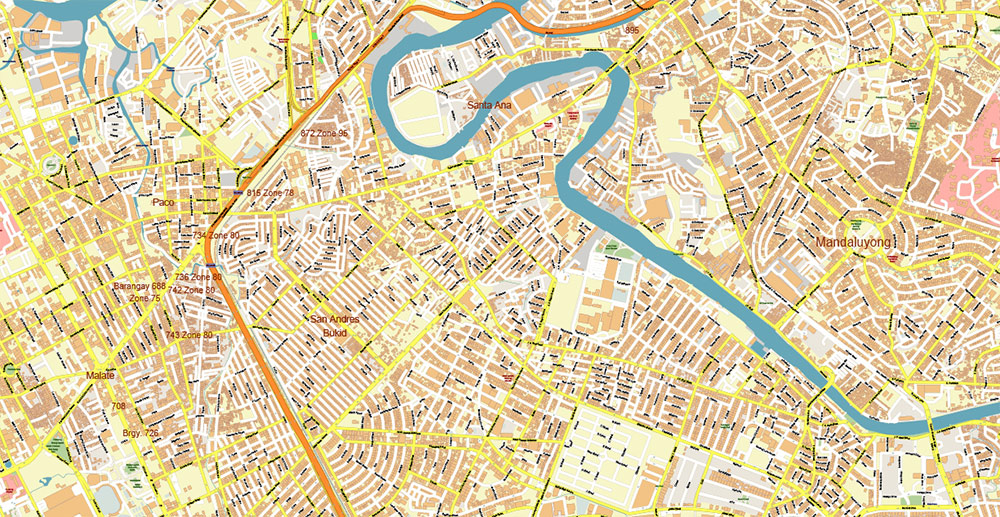 Sights of the Philippines
Davao City, the capital of Mindanao Island, is one of the most interesting and unusual Filipino cities. Tourists will be interested in the unique orchid farm, the stunning beauty of the Apo National Park and volcano, as well as the inaccessible Cebu Lake. The southern town of Zamboanga, located near Davao, is called the city of mosques. There are hundreds of them here - different times of construction, different architectural trends, and styles. A walk through the streets of the town leaves behind an unprecedented impression of being in an old oriental fairy tale. On the island of Samar, it is worth visiting the Sokhoton-Neyche-Bridge National Park - a deserted area with underground rivers, waterfalls, and caves. On the island of Negros, abandoned sugar plantations with ancient Spanish mansions of the colonial era are of interest. 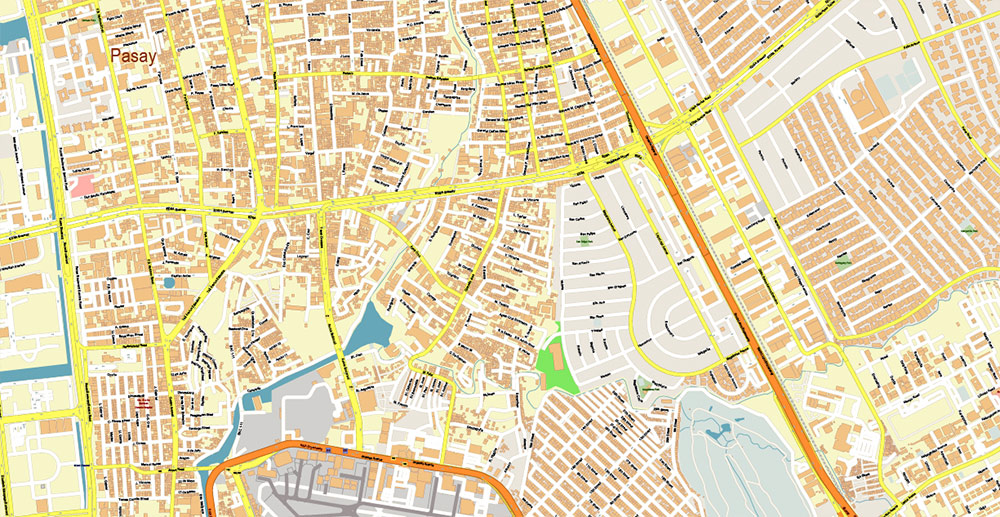