Amazing ancient map of London was discovered at an antique book fair in the London Altea Gallery.

The unique find is a rare map of the British capital of 1572, which was printed in Cologne on paper measuring 33 centimeters by 48 centimeters. 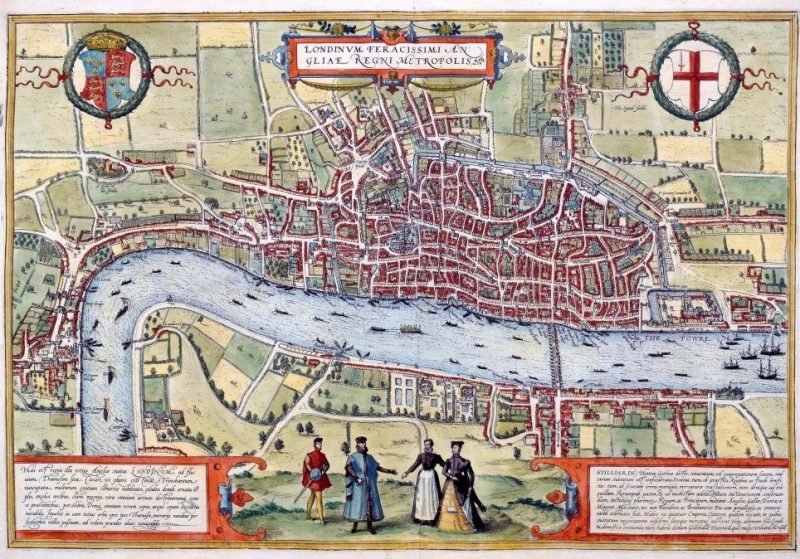 The plan of the ancient city, made by the engraver Frans Hohenburg, shows a view of London from a bird’s-eye view. The colorful map shows a multitude of boats sailing down the Thames, as well as the old London Bridge.
Among the recognizable sights – the Tower of London, the Charterhouse monastery and the old Cathedral of St. Paul, and Westminster the map shows as “West Mester”.

At that time, the population of London was about 100 thousand people. It is known that the card was ordered by traders of the Hanseatic League, who had commercial interests in England.

Now, this unique map is estimated by experts at 14 thousand dollars.