STATISTICS HOTELS
Seattle  – a major city in the North-West USA in Washington state. According to 2019 data, 672 thousand people live in Seattle. The population together with the suburbs exceeds 3.4 million people (“Big Seattle“). Thus, Seattle forms the 15th largest urban agglomeration in the United States and the largest in the North-East of the country. 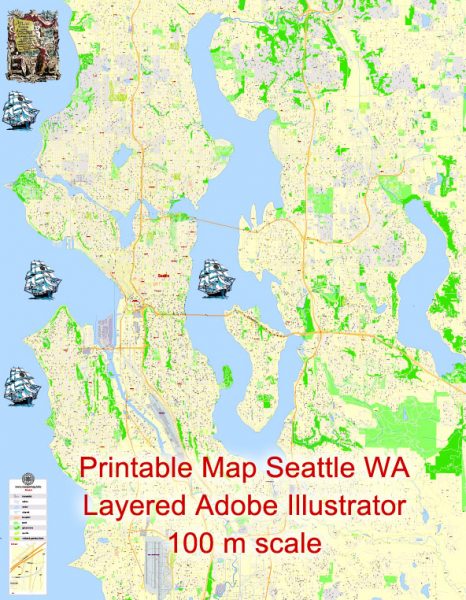 The straight-line distance from Seattle to:

Seattle has located 182 km South of the Canadian border on the isthmus between the Puget Sound system in the West and lake Washington in the East. Puget Sound Bay stretches from North to South for more than 150 km. It is a huge natural Harbor with a huge number of picturesque Islands. Wide 120-kilometer – long Strait that connects Puget Sound with the Pacific ocean. To the West of Puget Sound Bay is the Olympic Peninsula, whose mountains protect Seattle from the winds and storms of the Pacific Ocean. To the East of Seattle are the Cascade mountains (Cascade Range). 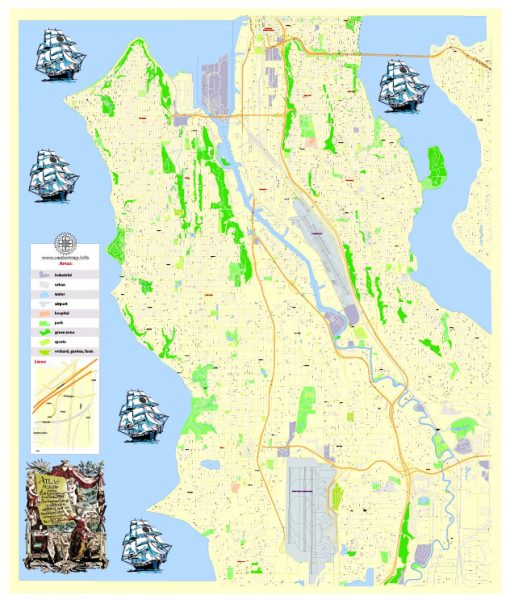 Surrounded by mountains, forests, and water, Seattle boasts not only stunning nature and a mild climate but also developed infrastructure, General amenities and good opportunities for entertainment and recreation. The city is the headquarters of such well-known companies as Microsoft, Amazon, Starbucks, actively operate Boeing. According to many ratings, Seattle ranks among the best cities in the United States. 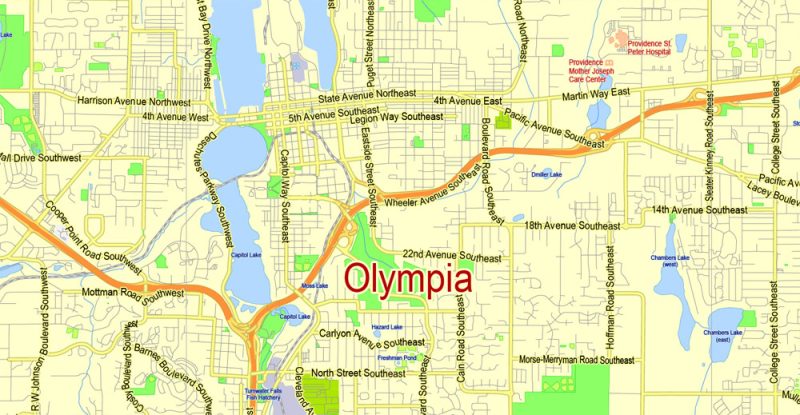 Founded in 1869, the city is a commercial, cultural, scientific center and has a developed economy. The port of Seattle is one of the ten largest ports in North America and is the main gateway to trade with Asia. The port also includes Seattle – Tacoma international airport. It is believed that the port directly or indirectly creates about 190 thousand jobs in the North-West of the United States. 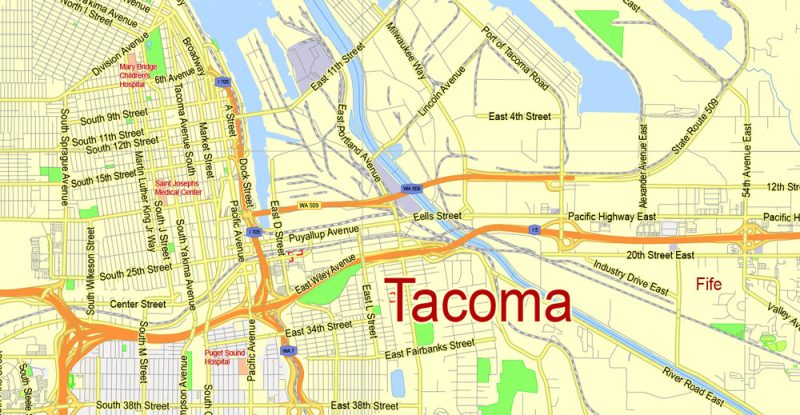 Thanks to Boeing, the Aerospace industry is one of the key industries in the Seattle region. As of March 2008, 82,000 people, including 7,000 engineers, work at Boeing in Seattle and Washington state. In the Northern suburbs of Seattle – Everett is a factory where the Boeing 787. It is also worth noting that in the region there are more than 3,000 enterprises-suppliers for Boeing. 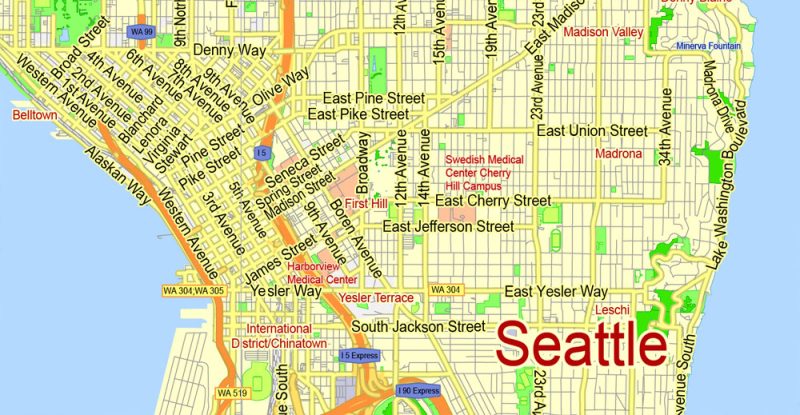 Microsoft Corporation based in Seattle is a world-famous software giant. In Washington, Microsoft employs more than 35 thousand people. The total staff employed in the information technology sector in Greater Seattle exceeds 186,000 people. 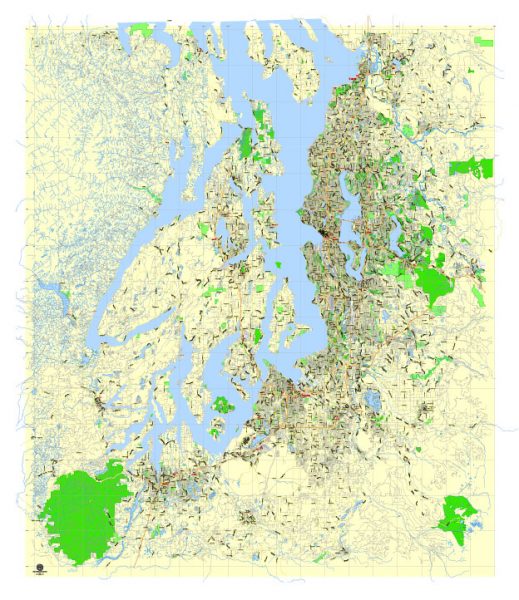 Among the other important sectors you need to call health care, which employs 96 thousand people, and also mention the world-famous Starbucks and Amazon, based in Seattle. 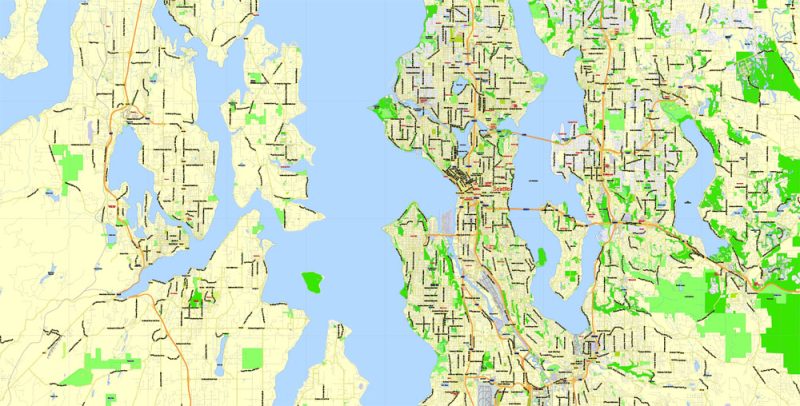 Statistics: The racial composition of Seattle for 2019: 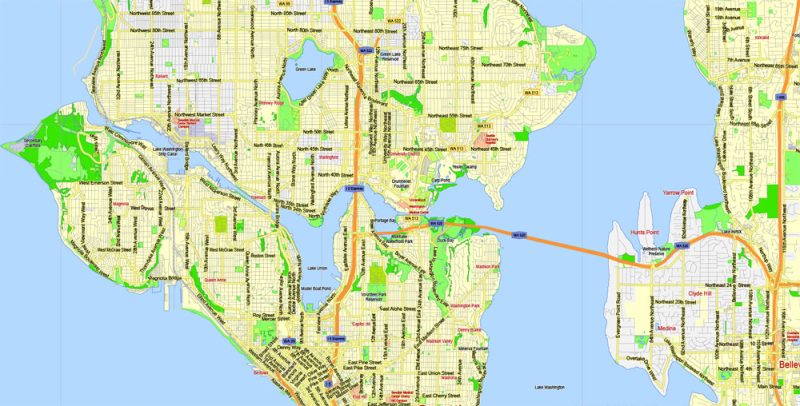 Historically, Seattle is a “white” city, but the number of white residents is steadily declining.

It is worth noting the high average income, which is not least due to the high level of education and developed economic base. 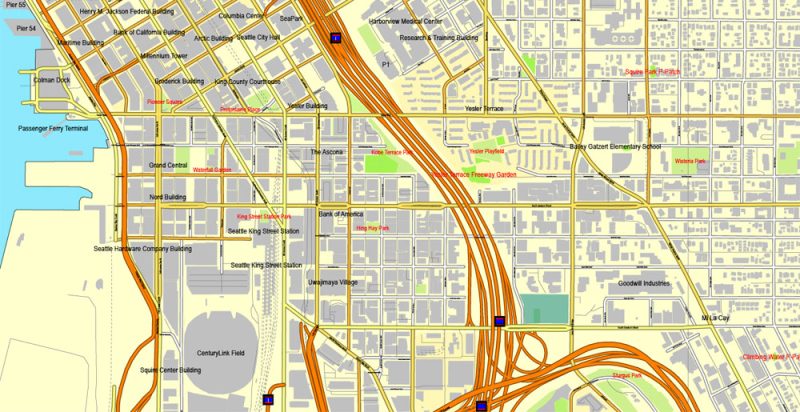 59,8% of the population over the age of 25 have education levels from bachelor and above. For comparison, the average for the USA 2 times less than 27.4 percent. The largest University in the region – the University of Washington, which enrolls about 46 thousand students, is dispersed in three large campuses and occupies a total of more than 500 buildings. In addition, it is one of the largest employers in the city.

The sights and attractions of Seattle

Pike Place Market is a popular tourist area in the city center. There are a well-known fish market and other markets. Many Seattle attractions are within walking distance of the Pike Place Market, so this is a great place to start exploring the city.
Space Needle – the symbol of Seattle tower Space Needle.
Columbia Center (formerly known as Bank of America Tower) is the tallest skyscraper in Seattle with a viewing platform on the 73rd floor.
Seattle Public Library is an amazing building of the Seattle public library.
Woodland Park Zoo-zoo woodland Park.
Seattle Aquarium – city aquarium.
Seattle Art Museum – Seattle art Museum. 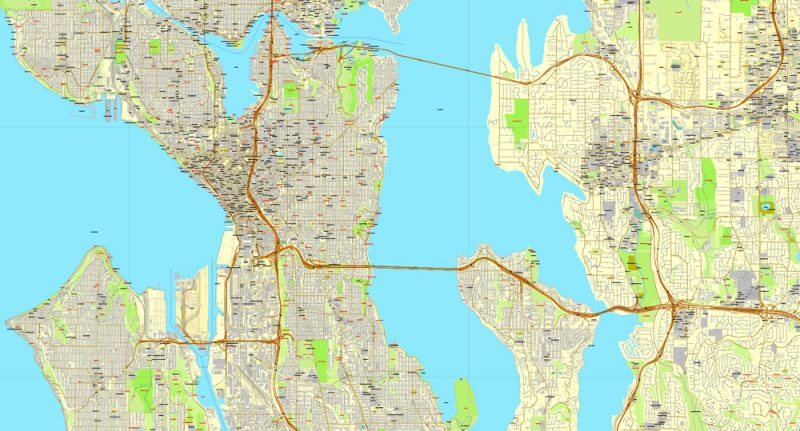 Museum of Flight – Aviation Museum.
Seattle Waterfront – Seattle waterfront, very atmospheric and pleasant place.
Olympic Sculpture Park is a public Park located by the waters of the Bay, with numerous sculptures and installations in the Art Nouveau style.
Washington State Ferries – ferry service with the largest number of ships in the United States. The ferry connects local communities and numerous Islands. Walking on the water allows you to enjoy the local beauty, relax, get some fresh air.

Seattle boasts many professional teams, and this is in addition to the basketball Seattle Supersonics, recently relocated to Oklahoma City. Baseball club Seattle Mariners (MLB) play their home matches held at the stadium Safeco Field.

Team Seattle Seahawks (NFL, American football), as well as Seattle Sounders FC (MLS, European football) perform at the open stadium CenturyLink Field. Centurylink Field, formerly known as Qwest Field, is considered one of the most atmospheric stadiums in North America and has earned a reputation as the stadium “with the loudest fans.” In addition to various sporting events, it hosts concerts, exhibitions, various shows. 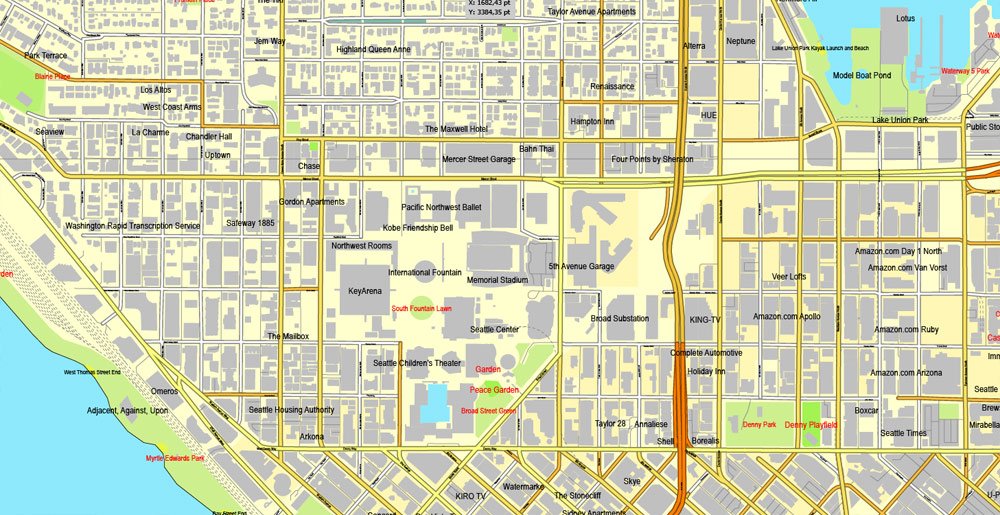 Seattle has a mild Maritime climate. The surrounding mountains protect Seattle from Pacific storms and limit the impact of cold Arctic winds. Summers are warm but not hot with little rainfall. The average daily temperature of July – 24 C. As it does not seem surprising in Seattle ripening grapes in the area operates about 35 wineries. 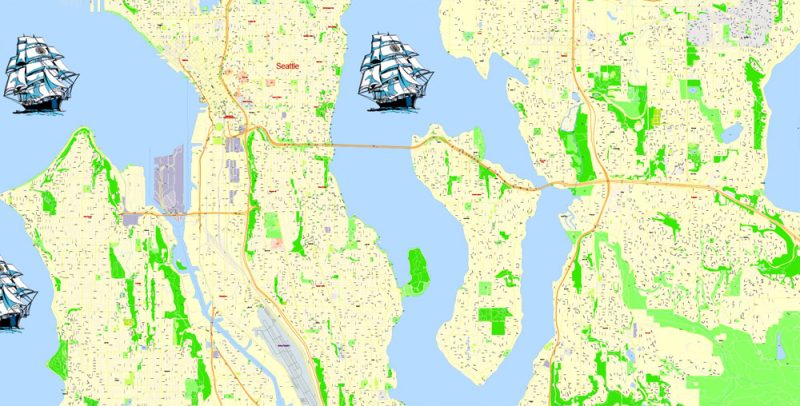 In winter, the thermometer drops below zero on average only 15 days a year. Negative temperatures below -5 as well as heavy snowfalls are rare. The average annual rainfall in Seattle is 944 mm, which is slightly more than in Moscow (600-900 mm) and is comparable or even less than in other major us cities (Chicago, New York, Washington, Boston). Therefore, Seattle’s reputation as a rainy city is somewhat exaggerated. First of all, this is due to the really rainy winter season and a large number of cloudy days in the year.