Map of radioactive contamination from the Chernobyl accident (for 1996)
It is surprising how even minimal pollution has not reached major cities – Minsk and Kyiv.

According to WHO, as a result of the Chernobyl accident, up to 4,000 people could have died. However, less than 50 deaths can be attributed to the effects of radiation during a catastrophe.

The consequences of the accident, which seemed horrendous in their scale, “turned out to be not as significant as they had first thought”. 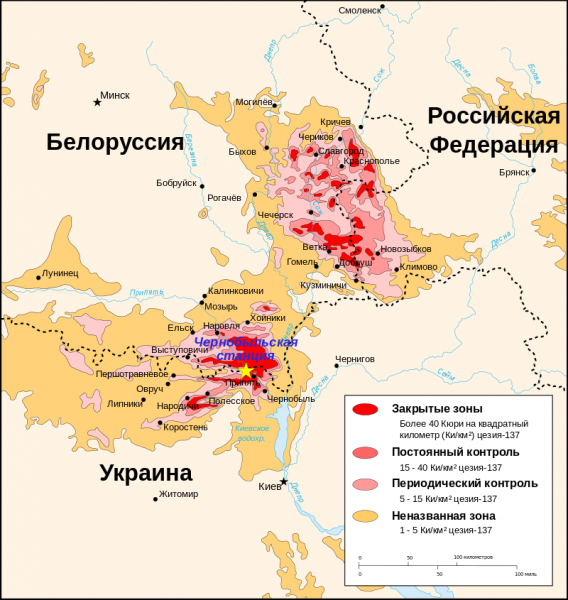 Map of radioactive contamination from the Chernobyl accident (for 1996)

A little later, radioactive rain began, about which the USSR did not warn its citizens

– 1986. The schoolchildren are smart and beautiful, they took to the parade on May 9 in Plavsk. The sun, the heat. Micro-X-ray, as it turned out later, Nemer – something about one and a half thousand … When their parents found out about it, there was a feeling of terrible anger: “How is that? Why people are not informed of the mortal danger? After all, the children were in light clothing, and in general, why was it necessary to take them outside, under the devastating rays of radiation? ”

No outwardly noticeable active fuss was observed and after some time when everyone became aware of the explosions at the Chernobyl Nuclear Power Plant, nor the decontamination teams in special suits with equipment, or anything like that near settlements. It was rumored that dosimetrists went to the fields, that they measured the background under the drains from the roofs of houses, at the entrances, in the territory of a kindergarten, school. 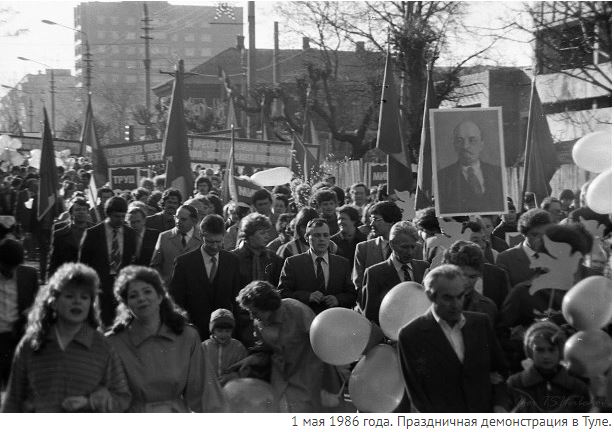 A little later, radioactive rain began, about which the USSR did not warn its citizens

In the sandbox at our house, 900 micro-roentgens were intended … On the territory of the kindergarten, they seemed to be planning to remove 60–80 cm of soil, but I don’t remember whether they did it or not.

People for any alert or clarification NOT GATHERED.

Like most of the inhabitants of the Union, Tula’s learned about the accident three days after it occurred. In the program “Time” and newspapers, along with huge articles and stories about preparing for the celebration of May Day, there was brief information:

“At the Chernobyl nuclear power plant, an accident occurred. Damaged one of the atomic reactors. Measures are being taken to eliminate the consequences of the accident. Victims receive assistance. A government commission has been established. ”

Few ordinary citizens attached importance to this post. Well, there was some kind of accident in an unknown small town, which is what makes us sad? Outside the weather is beautiful, sunny and warm – that’s what’s important. You can walk a lot in the park, drive with your family out of town, plant potatoes and carrots in country houses, collect touching bunches of primroses in the fields and edges of the forest.

With such a wonderful mood, the people marched in the May Day columns, exposing their faces to the sun and light breeze. When it started to rain, no one was surprised by him, they were delighted even: the rains were useful for the future harvest …

Viktor Danilovich Volkov, at the time of the disaster in Chernobyl – First Deputy Chairman of the Chernovsky District Executive Committee.

– It is now known to all that our area was among the most affected by the accident. But at first, all the information about her was closed. Somewhere someone gathered, said something, but no specifics, just rumors. On April 28 or 29, I do not remember exactly, the chief of our militia came into my office, invited me to the street and told me that he had learned about the events in Chernobyl. It was clear that the situation is very serious, but we did not understand the full degree of seriousness …

We did not know how and what to say to people. How to explain to them why they stopped, for example, to take milk from the villagers? And this is not a hundred or two hundred liters – the region gave 160 tons of milk per day! Where to go? First, they were drained, the piglets were soldered, the calves. Then they told us: you can process into butter. It would seem that in this case, the harmful substances disappear. They began to make oil, brought it to long-term storage warehouses, in the mines near Novomoskovsk. The meat was also not accepted by the population, and when they began to take, they were sent for processing, for sausage, stew, etc.

In May 1986, secretary of the CPSU Central Committee Mikhail Gorbachev signed the Politburo ruling, under the note “Top Secret”, in which, on the basis of a note by the Chairman of the USSR State Agricultural Committee V.S. Murakhovsky,

“When slaughtering cattle and pigs, it has been established that washing animals with water, as well as removing lymph nodes, results in the production of meat suitable for consumption.”