New York – the largest metropolis of the United States, located on the East coast of the continent. The city is home to more than 8.3 million people, and in the Metropolitan area of Greater New York – more than 19 million people. It is the largest financial, economic and commercial center of the planet, often called the “capital of the world“. Here is the headquarters of the UN, the famous New York stock exchange and other organizations of world importance.

A description of the city
Big Apple
Probably, no city in the world is connected with so many expectations and hopes as New York. The famous Statue of Liberty, which today has become one of the main symbols of America, for many years met millions of immigrants who were looking for a better life in New York. Partly because of this, today among the locals there are a huge number of different nationalities, the mixture of peoples and cultures makes the “Big Apple” a truly unique and inimitable city.

Little history
The city of New York was founded as a small trading settlement by Dutch colonists in 1626 and was originally called New Amsterdam. Interestingly, the territory of Manhattan at that time was inhabited by Indians who agreed to exchange the island for things that cost then only 24 dollars. In 1664, New Amsterdam was captured by British troops, who renamed the city New York in honor of the Duke of York.

After gaining the United States of independence, New York became the first capital of the new country, April 30, 1789, here took place the solemn ceremony of the inauguration of the first U.S. President George Washington. In the XIX and early XX century, the population of the city began to grow rapidly due to the huge influx of immigrants from around the world. Population growth is becoming unmanageable, leading to widespread crime in New York. 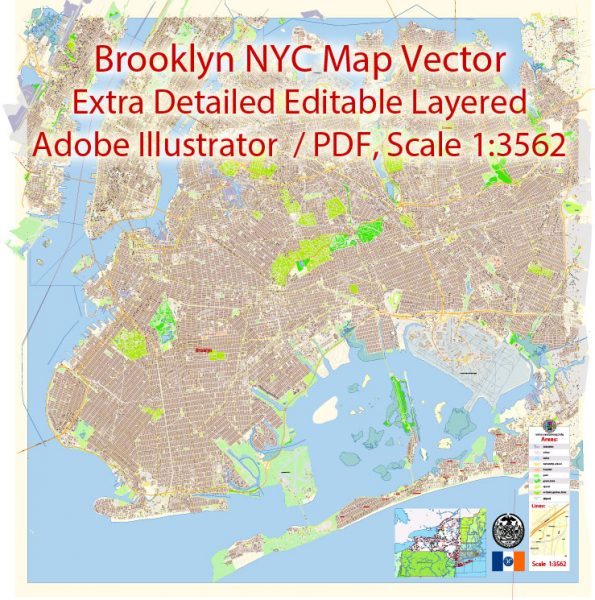 In the XX century, the city became the world center of industry and trade, in the post-world war II – the most important political and economic center of the planet. 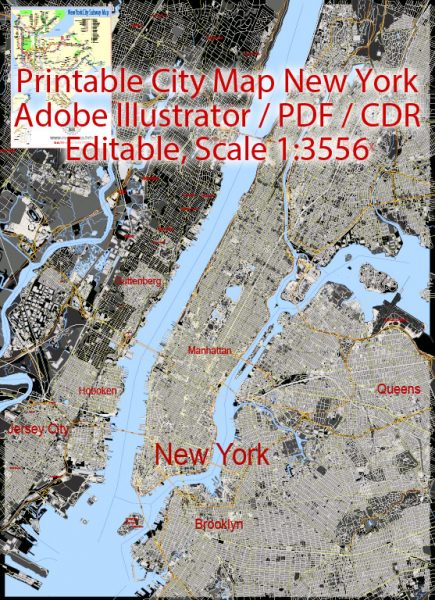 The Boroughs Of New York
New York City is located at the mouth of the Hudson River, occupying the territory of the three Islands. Today it is divided into 5 large districts: Manhattan, Bronx, Brooklyn, Queens, and Staten Island. 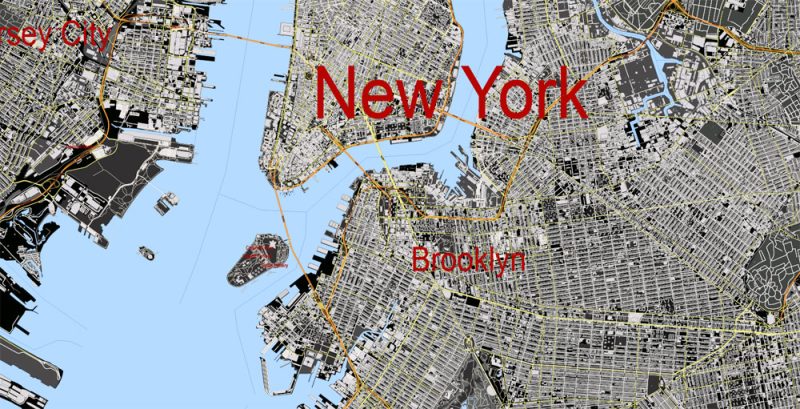 Manhattan
It is the most densely populated area of New York, home to more than 1.6 million people. Interestingly, the indigenous people of Manhattan are considered “real” New York native only to the island, and for good reason. This place is the historical center of the city, the real “heart” of New York, the most popular tourist area. There is a huge number of attractions, such as Broadway, New York stock exchange, Fifth Avenue, the Empire State building, Central Park and others. Conventionally, Manhattan is divided into three parts – Upper Manhattan, downtown and Midtown. Administratively, this area consists of 12 districts, including the famous Harlem, Chinatown, Greenwich village and others. 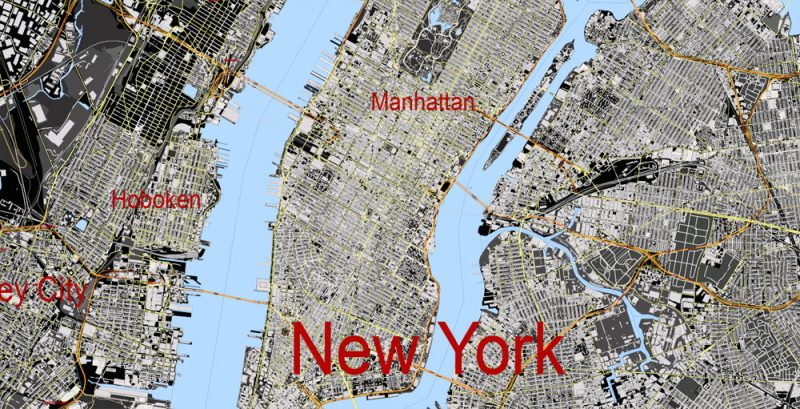 Bronx
This is the only one in all areas of New York, entirely located on the mainland, from Manhattan, it is separated by the Harlem River, and from Queens – the East River. The area is located in the Northern part of the city, it is home to about 1.35 million people. Basically, the Bronx – a sleeping quarters, of the interesting attractions can be noted only in the stadium “Yankee”, zoo and Botanical garden. 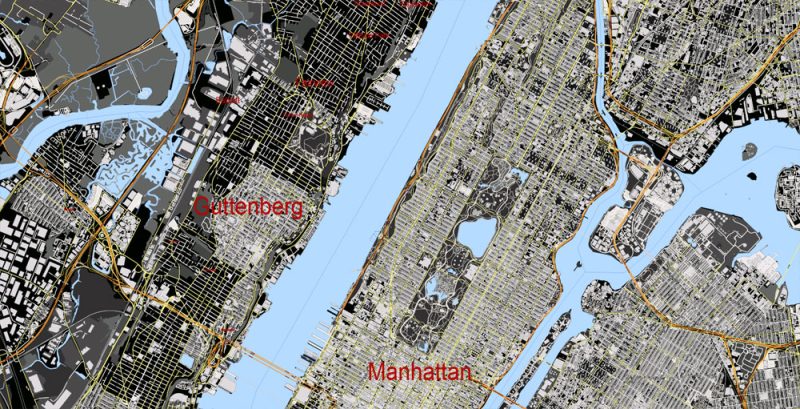 Brooklyn
This area of New York is located on Long Island and is the largest in the population (it is home to about 2.5 million people). Brooklyn is often called “the globe in miniature” – here firmly settled Russian, Jews, Italians, Arabs, Indians and representatives of many other Nations. In particular, it is in Brooklyn is the Russian quarter of Brighton beach, famous for the popular Soviet film. In this area, you should pay attention to the famous Brooklyn Bridge, which is one of the largest suspension bridges in the world, Brooklyn Art Museum, children’s Museum, amusement Park Coney Island. 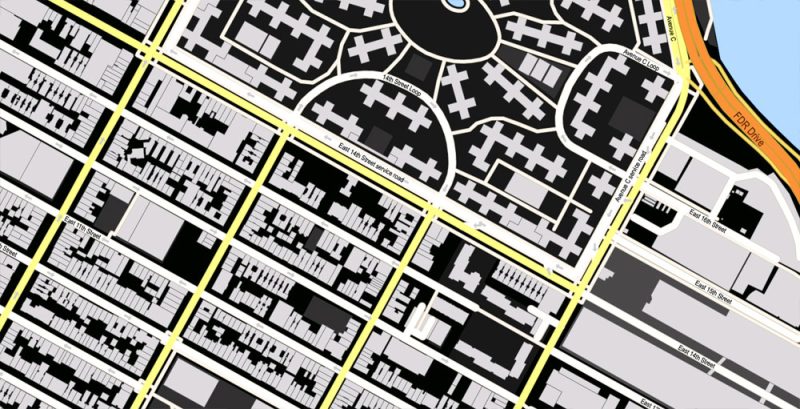 Queens
This County is the largest in area of all areas of New York. Queens – an area with very extensive geography of the population – there are a variety of communities of Spaniards, Arabs from the Middle East, Italians, Greeks, African Americans, and many other peoples. In total, Queens is home to about 2 million people. 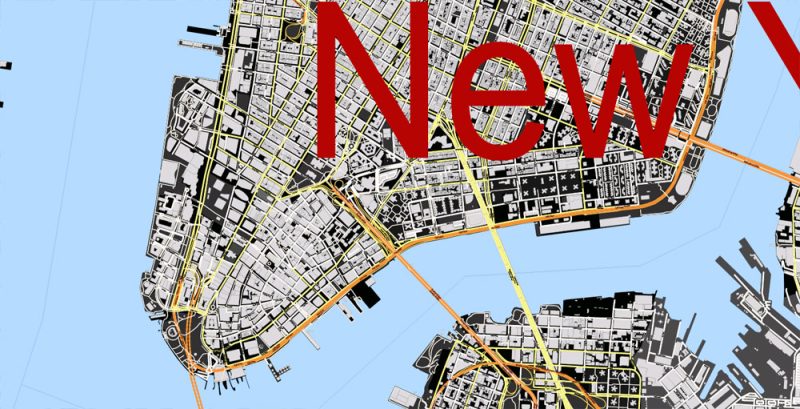 The area during its development was deliberately divided into seven large residential areas (“township”), nicknamed “seven sisters”. Each of these zones is carefully planned and has its own Park area and recreational facilities.

Queens area is widely known primarily among fans of tennis – here in flushing meadows Park annually hosts the U.S. Open tennis championship (US Open), one of the Grand Slam tournaments. 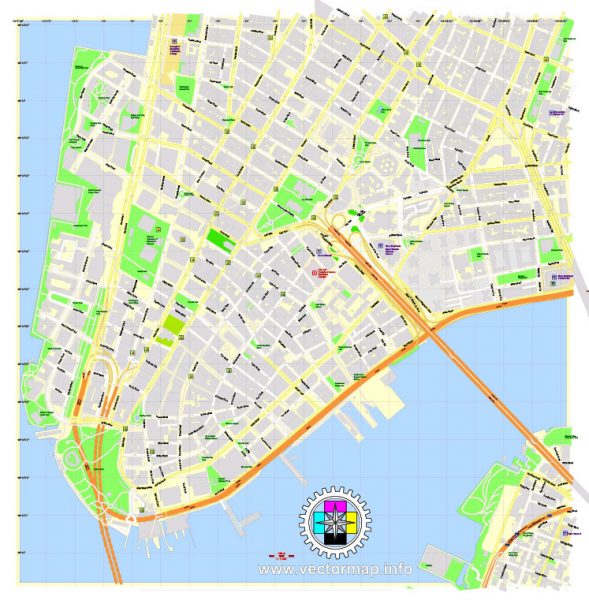 Staten Island
This least populated area of New York is located on the island of the same name and is considered a residential area, it is home to about 460 thousand people. Tourists in the area may be interested in the Staten Island zoo, Verrazano bridge (one of the largest suspension bridges in the world), a walk on the ferry “Staten island ferry” connecting the island with Manhattan. 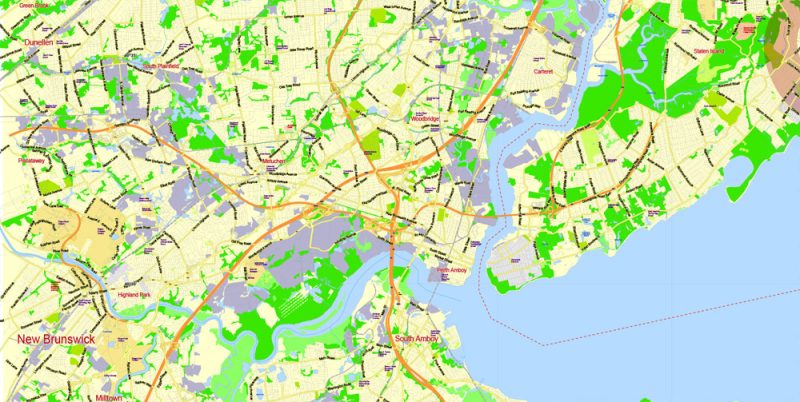 New York City Transportation
In New York City, public transport is the most popular means of transportation, unlike most major cities in the United States, where 90 % of residents use a private car to move. Naturally, in such a large metropolis public transport network is developed very widely – it includes buses, subway, taxi, cable car on the island of Roosevelt and the ferry on the island of Staten Island. 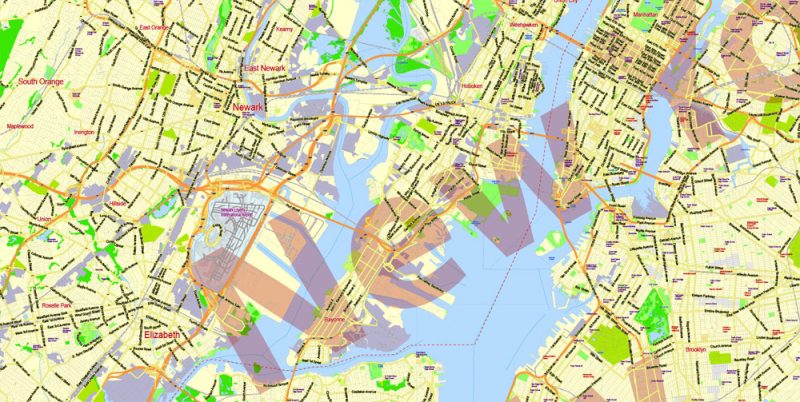 Metro New York
The New York City subway currently has 26 lines and 468 stations, making it the largest subway network in the world. The Big Apple subway is open 24 hours a day and covers 4 districts of the city, with the exception of Staten Island. 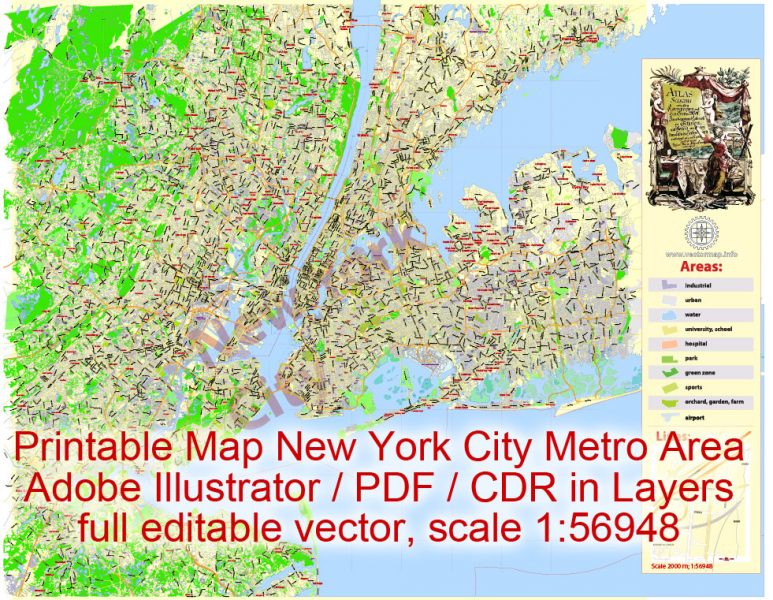 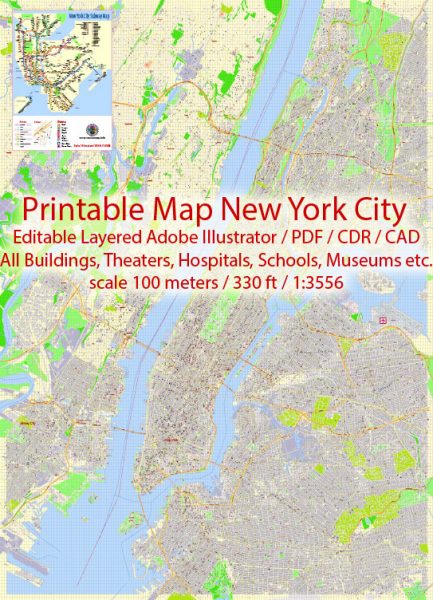 New York taxi
Taxi in New York City has become one of the full symbols of the city, easily recognizable yellow cars for passengers day and night. This type of transport is most popular in Manhattan and airports, while in other parts of the city to catch a taxi is quite difficult. 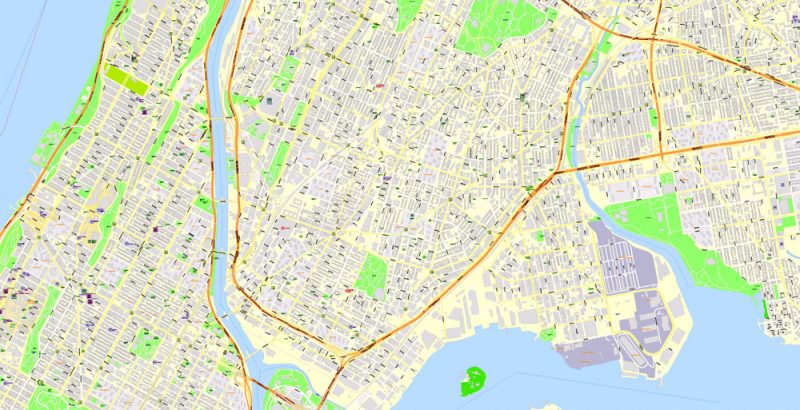 Security
Famous for its criminal past, today New York is a fairly safe city. By the way, according to the statistics of the level of crime for cities with a population of over 100 thousand people, New York is located at the end of the second hundred. However, as in any big city, there are enough problems, and tourists should be careful. The most “notoriety” is Harlem and the South Bronx – here tourists are better not to appear even in the daytime, not to mention the night. The most touristic area – Manhattan – is considered to be quite safe, but guests should always be careful.