Vector Maps: The Passengers & Crew of the Titanic 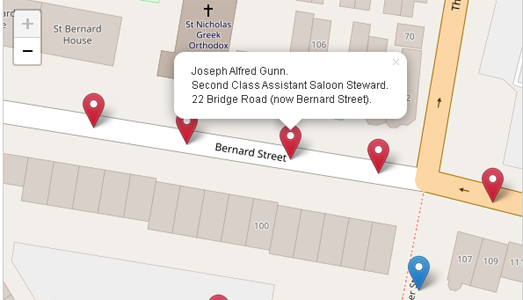 The Passengers on the Titanic map shows the route taken by the White Star Line’s flagship vessel and where it hit the iceberg that led to its sinking. The main focus of this map however is a forensic overview of where the Titanic’s passengers hailed from. The map shows the home of every passenger on board the Titanic. It also allows you to explore and compare the survival rates of the passengers from the different passenger classes (survival rates were much higher for those in first class than they were for those in second class, which in turn were far higher than those in third class).

Clicking on an individual passenger on the map will reveal personal details including the passenger’s age, where they boarded the Titanic, their intended destination and (if they were one of the lucky ones) what lifeboat they escaped on.