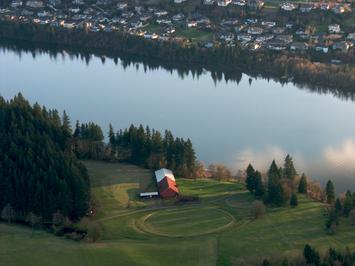 When there is a general change in conditions, it is as if the entire creation had changed, and the whole world altered — Ibn Khaldun, 14th Century Arab historian

For a generation, a procession of pundits, public relations aces and speculators have promoted the notion that our future lay in dense — and politically deep-blue — urban centers, largely on the coasts. Just a decade ago, in the midst of the financial crisis,  suburbia’s future seemed perilous, with experts claiming that many suburban tracks were about to become “the next slums.” The head of President Obama’s Department of Housing and Urban Development proclaimed that “sprawl” was now doomed and people were “moving back into central cities.”

That idea was always overwrought with enthusiasm, but, with the COVID-19 pandemic heavily concentrated in these urban centers, the case for forced densification promoted by “urban supremacists” seems increasing dubious. By some estimates, the death rate in large urban counties has been well over twice those of high-density suburbs, nearly four times higher than lower-density ones, with even larger gaps with smaller metros and rural areas.

The pandemic has been toughest on those areas that suffer what demographer Wendell Cox called “exposure density.” In the worst case, which is in New York’s outer boroughs, this pattern is exacerbated by living in crowded apartments, walking packed streets, traveling cheek to jowl in the subway and then forced into a crowded workplace. This could explain why sprawling, large and relatively less-dense urban areas in Texas, California and Florida — each with their own pockets of poverty — have also experienced far lower infection and fatality rates than New York.

Of course, it is impossible to predict the pandemic’s impact beyond the immediate future, but it is not likely to be favorable for dense urbanity. A recent Harris poll suggested that nearly two in five urban residents are considering a move to a less crowded place. Since the pandemic, more people are seeking out single houses with such things as yards and workspaces, notes the National Association of Realtors.

Mass transit, a critical component in the urban supremacists’ calculation, may be particularly out of favor. Already declining or stagnating around the country before the pandemic, mass transit has taken a particularly nasty hit, with more people than ever looking for alternatives, notably telecommuting. Most people now working from home — 60 percent according to Gallup — express a preference to continue doing so for the foreseeable future.

This is not so much a break but an acceleration of pre-existing conditions. In contrast to 2001, when New York was last under assault, the city is now losing population and suffering mounting out-migration. The same dynamics are already seen in our two other large metropolitan centers, Chicago and Los Angeles.

Increasingly, migration trends have favored sprawling sunbelt cities such as Austin, Dallas, Orlando, and Nashville. More recently, Americans have been heading to even smaller cities. The fastest growth in domestic migration, notes demographer Cox, is now to cities with less than a million people, a dramatic change from just a decade earlier. In virtually all areas ­— with the notable exception, at least so far, of New York — an increasing share of population growth has also shifted to suburban locales.

The pandemic is also likely to diminish the power and influence of our largest and densest cities. This is particularly true if we continue to demand more social distancing — in offices, subways, elevators and lobbies. This is not likely to make dense urban living more affordable or pleasant. Social distancing means that offices can only accommodate a shrinking number of employees. Long waits to get on the subway, and perhaps everywhere else, might become commonplace, making getting around even more difficult.

In contrast, largely suburban areas such as Raleigh, San Jose, Austin  and Denver are well-positioned, with high rates of telecommuting for the post-COVID future. These areas are dispersed and dominated by single-family homes. With the exception of the two large tech centers — the Puget Sound and the San Francisco Bay Area — high-end job creation, paralleling migration, has been shifting to these smaller cities.

To these trends, cities are now increasingly adding unforced errors in social policy. Increasingly radicalized city governments — for example, in Seattle and New York — have pushed new businesses out, with new taxes and regulation. Streets filled with homeless people, drug addicts, petty thieves and even sex offenders threaten to bring back something of the bad old days before the most recent urban renaissance.

Read the rest of this piece at The Hill.

Joel Kotkin is the author of the just-released book The Coming of Neo-Feudalism: A Warning to the Global Middle Class. He is the Presidential Fellow in Urban Futures at Chapman University and Executive Director for Urban Reform Institute — formerly the Center for Opportunity Urbanism. Learn more at joelkotkin.com and follow him on Twitter @joelkotkin