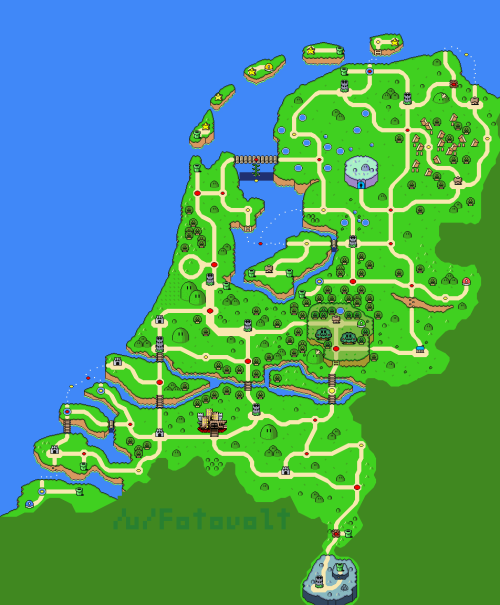 Some Dutch features/landmarks I tried to resemble in my map:

“De
hoge Veluwe” is a nature park on a slightly higher (up to 100m above
sea level) that is represented by the dark forest area centre east on
the map.

The road between Utrecht and Amsterdam is a wider path, resembling the A2 highway.

Bowsers castle refers to the Efteling which is a big amusement park (that also has an castle).

The block of ice world in the middle/north refers to Thialf which is a ice skating track, very well known in the Netherlands.