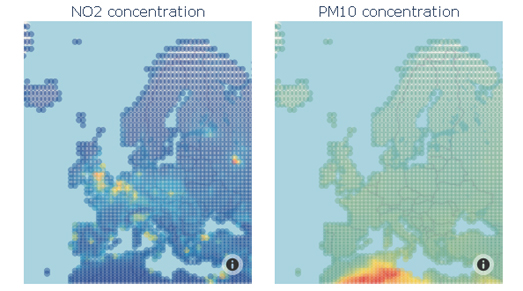 The dramatic reduction in road and air traffic in Europe over the last two months has led to unprecedented falls in the levels of air pollution. The European Data Portal has released an interactive visualization of NO2 and PM10 levels across Europe over the last few months which seem to prove a close link between the fall in air and road traffic and a reduction in nitrogen dioxide levels.

The Impact on Traffic and Air Pollution visualization includes two maps which show NO2 and PM10 levels in Europe for every day from January 1st to April 18th. The map shows that over this year there has been a clear fall in nitrogen dioxide (NO2) – a pollutant which comes from the burning of fuel. Over the same period there has been no reduction in particular matter (PM10) – which originates from natural sources, such as bushfires, dust, pollens and sea spray. 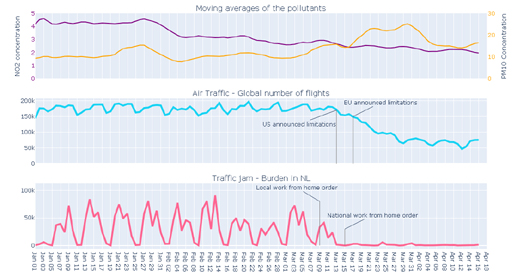 The two interactive maps are accompanied by three graphs which show the levels of NO2 and PM10 over time, the amount of air traffic in Europe over the same period and the traffic jam burden in the Netherlands since the beginning of this year. The combined maps and graphs appear to show a clear link between the reduction of air and road traffic in Europe and the levels of NO2 air pollution.