Vector Maps: Our Sidewalks Are Too Narrow 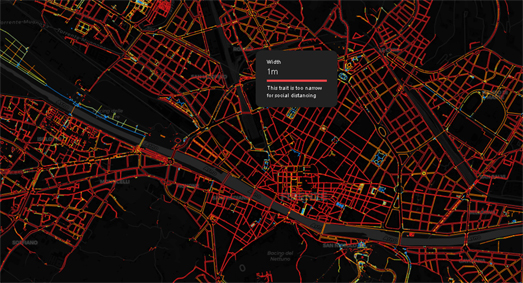 The Florence Sidewalks Map visualizes the widths of sidewalks in the Italian city of Florence. It allows users to see where in the city it is possible to observe social distancing and where it is impossible to maintain a gap of 2 meters between yourself and other pedestrians.

All sidewalks on this map are colored red if the sidewalk has a width of less than 2 meters. Blue colored sidewalks have a width of over 8 meters. It looks to me like Florence is a city crying out for pedestrianization. Much of the street layout and street widths in Florence date back to at least the Renaissance. Perversely because the roads were designed to accommodate people and horses Florence’s streets aren’t wide enough to accommodate cars and wide sidewalks.

On average the streets in London are significantly wider than in Florence. However all that extra space in London is of course devoted to cars. University College London analyzed the width of pavements in London and discovered that Most London pavements are not wide enough for social distancing.

From its analysis UCL discovered that at least 66% of London’s pavements are not wide enough for people to observe the two metres apart social distancing suggested by the government. In fact UCL discovered that only 36% of London pavements were at least three metres wide, which they judge to be the minimum width for people to be able to leave a gap of 2 meters when passing other pedestrians. 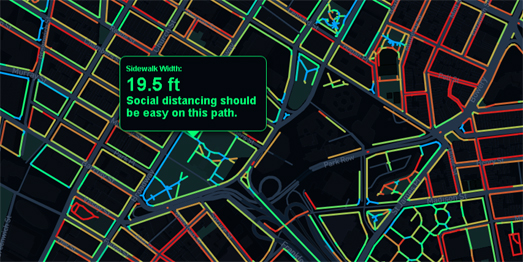