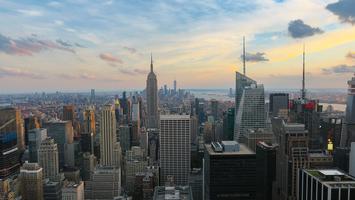 While Gov. Andrew Cuomo has warned that “we are your future,” since “what happens to New York is going to wind up happening to California and Washington state and Illinois” and the New York Times has blared that “This Is Going to Kill Small-Town America,” the COVID-19 death rate in the United States appears to be more than twice as high in large urban counties as in high-density suburbs, and nearly twice as high in high-density suburbs than in lower-density ones.

New York, by far the nation’s biggest and most transit-dependent metropolitan area, has suffered deaths at 10 times or more the rate of other large urban areas like Chicago, Los Angeles and Houston while Singapore, Tokyo and Seoul, which benefited from experiences with previous pandemic along with far more disciplined, and less diverse, populations, are all facing a new upsurge of cases. In Japan, a third of the cases are in Tokyo, with hospitals stressed from recent rises forcing the country to go back under lockdown.

In those metropolitan areas, as well as in Milan, Madrid and Barcelona, Paris, London and Sydney, infection rates have tended to be much lower in less dense areas than in the celebrated urban cores.

More dispersed, car-oriented urban forms have withstood the crisis better. Los Angeles may be the best comparison since, it is, as an urban area, denser than greater New York (which includes a large expanse of lower density suburbs), highly diverse, with a large population of poor people, and deeply exposed to the global economy, particularly in relation to China.

As of April 22, Los Angeles County, with almost two million more residents than the five boroughs, had 797 Covid-related deaths, compared to over 11,267 in New York City. The key here may be what demographer Wendell Cox has described as “exposure density”. Compared to Angelenos, Cox suggests, New Yorkers tend to work in large, crowded workplaces and are far more mass transit-dependent. On a typical workday prior to this outbreak, more than 5 million people jostled onto the city’s subway trains—nearly 40 times as many as ride LA’s subway lines and 15 times as many when the lower capacity light rail lines are added in. The rates of infection and death are far lower in the surrounding, even more dispersed and car-dependent counties of Orange, Riverside, and San Bernardino.

Even San Francisco, the nation’s second-densest big city, has been far more successful so far in controlling the spread of the virus than New York City. Throughout the overall Bay Area, transit commuting rate is about 60 percent lower than in New York, and San Franciscans have a vehicle ownership rate at least 85 percent higher than in the four dense boroughs where the crowded subways operate. Social distancing is far easier driving alone than on a crowded train. San Francisco is also far less dense than New York, with less than 1 percent of the population living in areas with more than 40,000 residents per square mile—compared to 65 percent of New Yorkers.

Read the rest of the piece at Daily Beast.

Joel Kotkin is the Presidential Fellow in Urban Futures at Chapman University and Executive Director for Urban Reform Institute — formerly the Center for Opportunity Urbanism. His last book was The Human City: Urbanism for the Rest of Us (Agate, 2017). His next book, The Coming of Neo-Feudalism: A Warning to the Global Middle Class, is now available to preorder. You can follow him on Twitter @joelkotkin