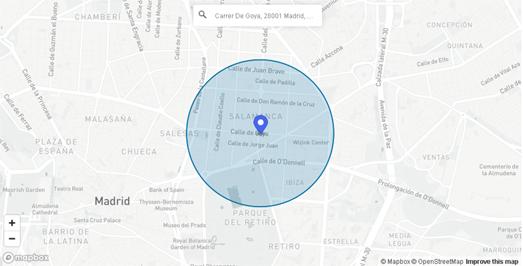 In March Spain introduced some of the strictest coronavirus confinement measures. These measures essentially banned leaving the home for anything other than groceries or medical reasons. Unlike people in most other countries the Spanish were not even allowed to leave their homes to undertake exercise.

This has now changed. From 6am on Saturday morning Spaniards are now allowed to leave their homes for walks and to take exercise. However, according to El Pais, they must “remain within a one-kilometer radius of their home”. The newspaper has released a useful interactive map to show people the area around their homes where they are now able to walk, run or cycle. Enter an address into the How far can adults go for a walk interactive map and you can view a circle visualizing a 1 km radius around your home.

There are also time based restrictions on when Spaniards are allowed to exercise. All outdoor exercises in Spain must take place between 6am and 10am, or between 8pm and 11pm.

If you were wondering my brother is now back in Switzerland and running free across the Swiss Alps.