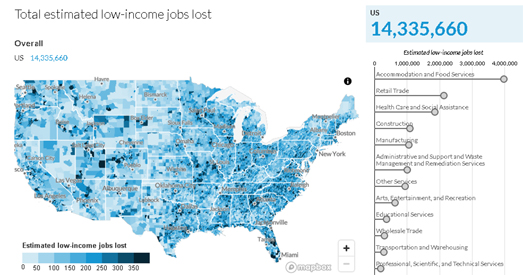 The Urban Institute has used data from Washington State, which publishes weekly unemployment numbers by industry, to estimate the likely number of low income job losses across the United States. The Where Low-Income Jobs Are Being Lost to COVID-19 interactive map visualizes the neighborhoods most vulnerable to COVID-19 job losses. The map allows you to view the estimated total number of job losses in counties across the country. It also allows you to select individual industries to view the number of estimated jobs lost in each county by job sector.

You can drill down to census tract level on the map to view the estimated number of jobs lost in individual neighborhoods and even view details on the number of estimated jobs lost in a tract by industry sector. 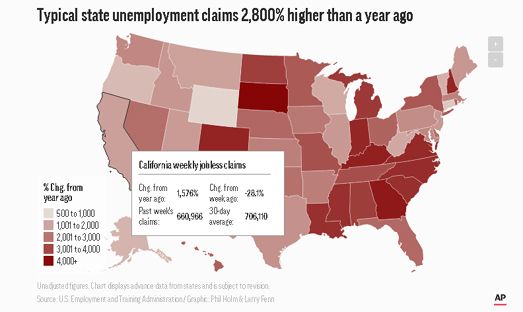